Living donors undergo extensive evaluation prior to donation. Despite that some living kidney donors (LKDs) progress to end stage renal disease (ESRD). We evaluated the trends and characteristics of LKDs who were waitlisted for kidney transplantation.

We used the United Network for Organ Sharing data to identify 524 LKDs who were listed for kidney transplantation from 1993-2017. For qualitative variables, frequencies were computed and the tests of association were performed using the chi-square test.

Transplantation centers now approve more medically complex obese LKDs without supporting data. Informed consent with obese individuals are critical in those considering LKD. Life style changes and modifications should be addressed in those with normal BMI at time of donation to avoid future obesity. Long-term studies are needed to understand risks associated with hypertension and obesity focused on minority LKDs 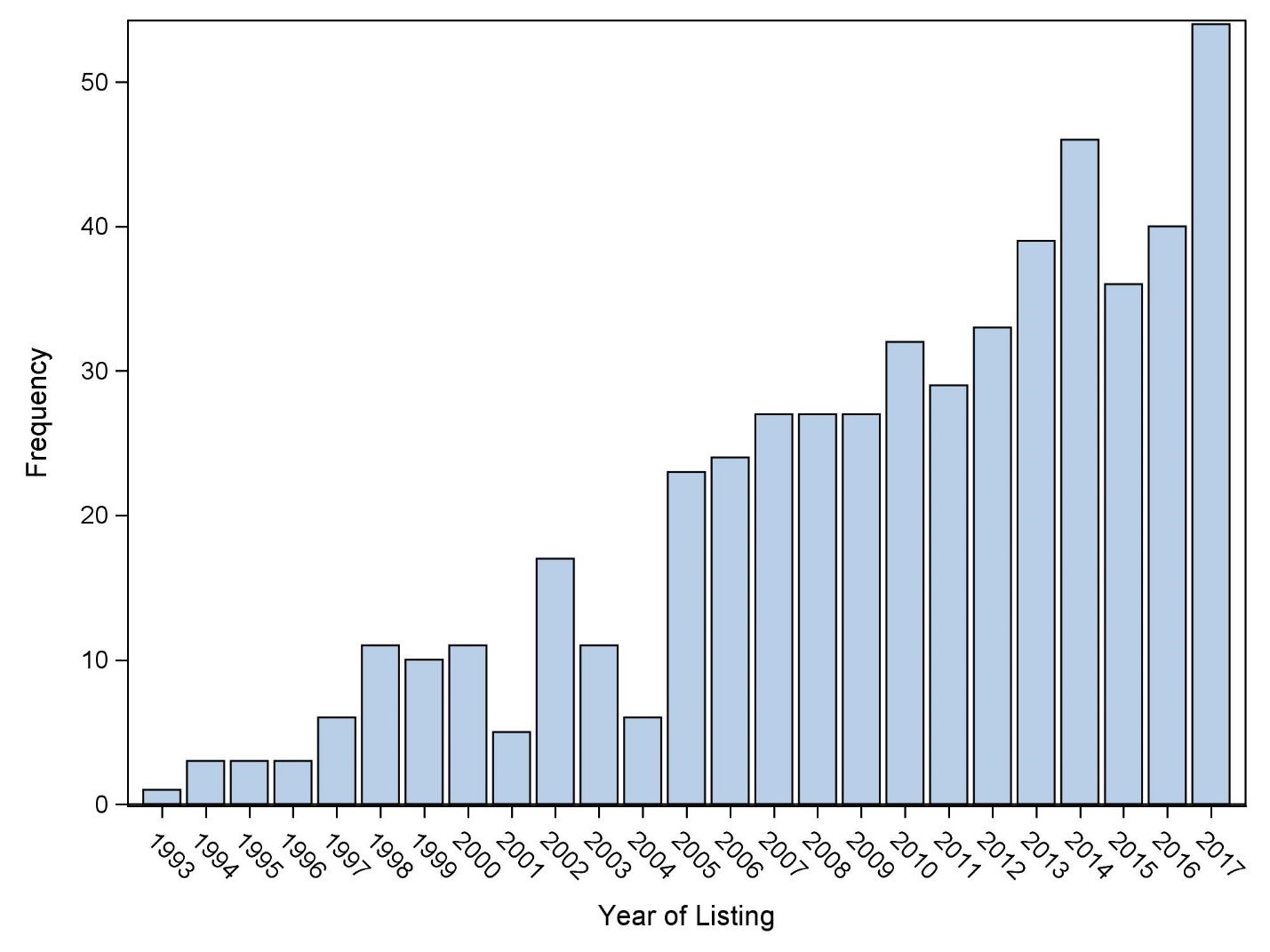