Acute kidney injury (AKI) may lead to long-term consequences in children but its epidemiology has not been well-described outside of ICU settings. We evaluated recent temporal trends in rates of AKI in a large, diverse pediatric population receiving care within an integrated healthcare delivery system.

We identified calendar year-based cohorts from 2008-2016 of Kaiser Permanente Northern California members <18 years old. We excluded those <1 year old or who received prior renal replacement therapy before entry into a yearly cohort. Hospitalized AKI was identified and its severity assessed using KDIGO criteria. Baseline SCr was defined as the most recent outpatient, non-emergency department value 7-365 days before admission, and eGFR was calculated using the bedside Schwartz equation. We examined age- and sex-adjusted incidence of AKI per 100 person-years and per 100 hospitalizations per year, directly standardized to the 2008 population. Trends were evaluated using Poisson regression.

Among 1,500,546 pediatric members, mean age was 9.8 years and 48.9% were female. The age-and sex-adjusted incidence of hospitalized AKI did not change significantly across the study period. There were 69,645 hospitalizations during the study period, with the hospitalization rate in the population declining from 1.45 per 100 PY in 2008 to 1.12 per 100 PY in 2016 (p<0.001). Among hospitalizations, the age-and sex-adjusted incidence of Stage 1 AKI increased from 2008 to 2016, with borderline significance.

Population-level pediatric AKI incidence did not significantly change between 2008-2016, but Stage 1 AKI incidence slightly increased over time among the subset of hospitalized children. 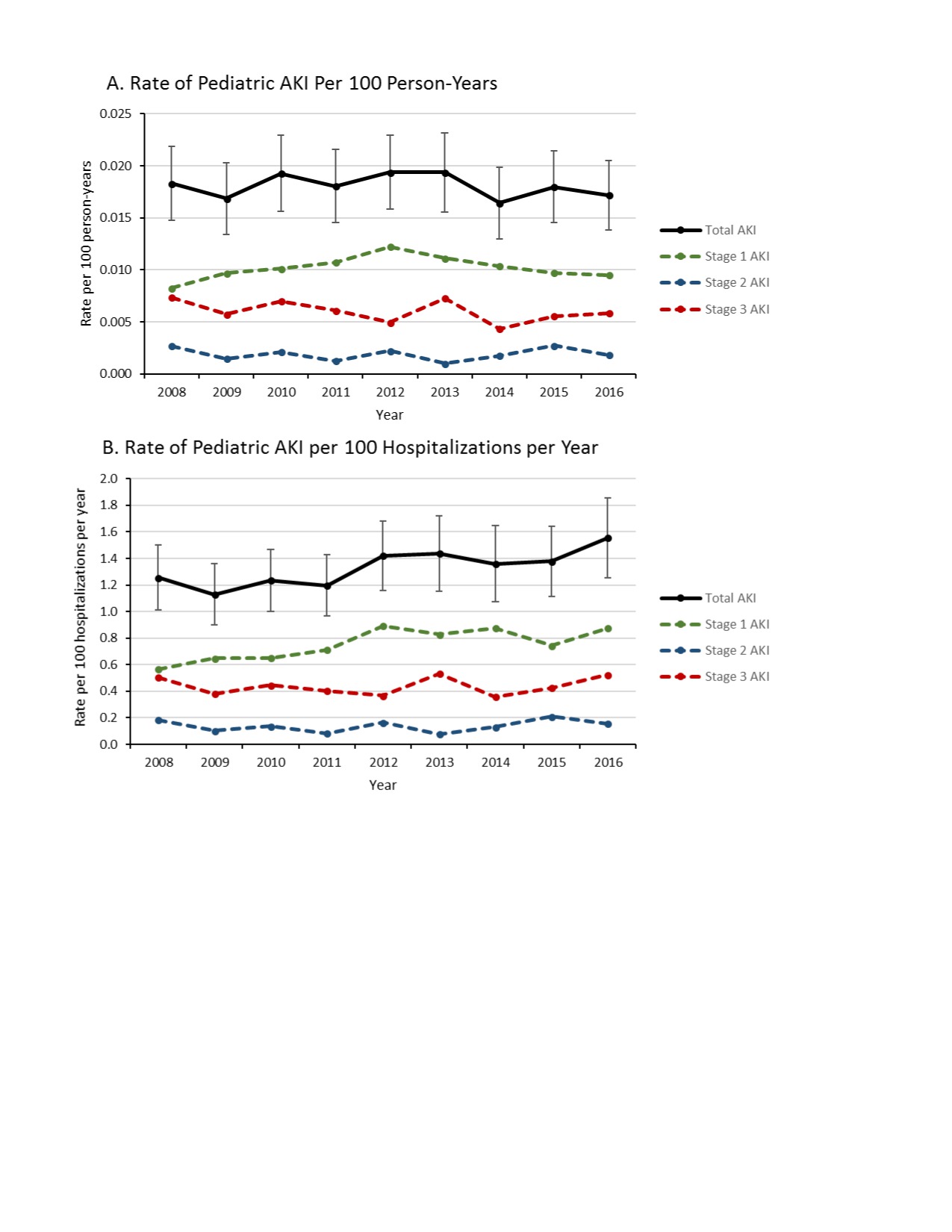