A Bl/6 mouse glomerular endothelial cell (MGEC) line was stimulated with IFNγ to upregulate MHC class I and II; then incubated with anti-MHC class II antibodies or plasma from balb/c mice sensitized with Bl/6 splenocytes. Expression of adhesion molecules were assessed by flow cytometry. Gene expression was measured by RT2 profiler and Taqman RT PCR. Cytokine expression was analyzed in culture supernatants with LegendPlex.

MHC II crosslinking on MGEC resulted in an upregulation of P-selectin as well as chemoattractants. MHC molecules and adhesion molecules are co-localized on the endothelial cell surface. Future studies will examine therapeutic targets, such as inhibitors of mTOR (inhibition of ICAM1 clustering) and Nox4 (TRAIL pathway). 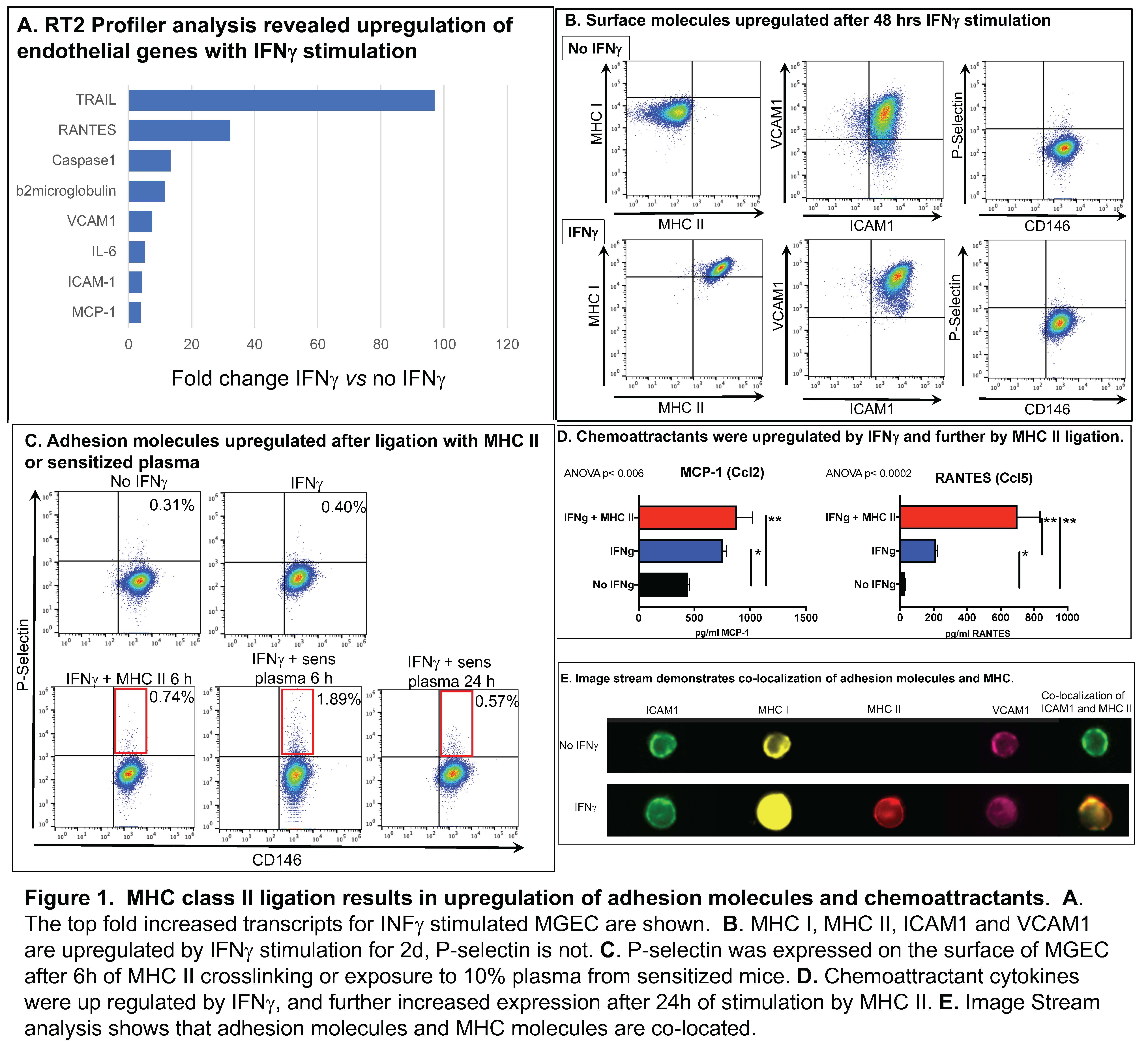