A 37-year-old male who had been treated with basal supported oral therapy for type 2 diabetes mellitus for 7 years experienced appetite loss. He took only isotonic drinks for 5 days and nausea and vomiting developed, followed by muscle weakness and difficulty of walking. He was referred to our hospital with his laboratory findings of hyperglycemia and high anion gap metabolic acidosis with ketonemia, which was diagnosed as DKA. In the meantime, normal anion gap metabolic acidosis was thought to be exist as well. In addition, he had severe hypokalemia and inappropriately high urinary excretion levels of potassium despite acute kidney injury due to volume depletion. He was treated with fluid resuscitation and continuous venous insulin infusion plus a large amount of potassium supplementation (Figure 1). After his general status improved, he stayed out of the hospital for trial. However, he came back in a haze with an odor of organic solvent and urinalysis revealed elevated levels of potassium and urinary hippuric acid concentration (23.65 g/L). Finally, he confessed to abuse of toluene for more than 20 years. 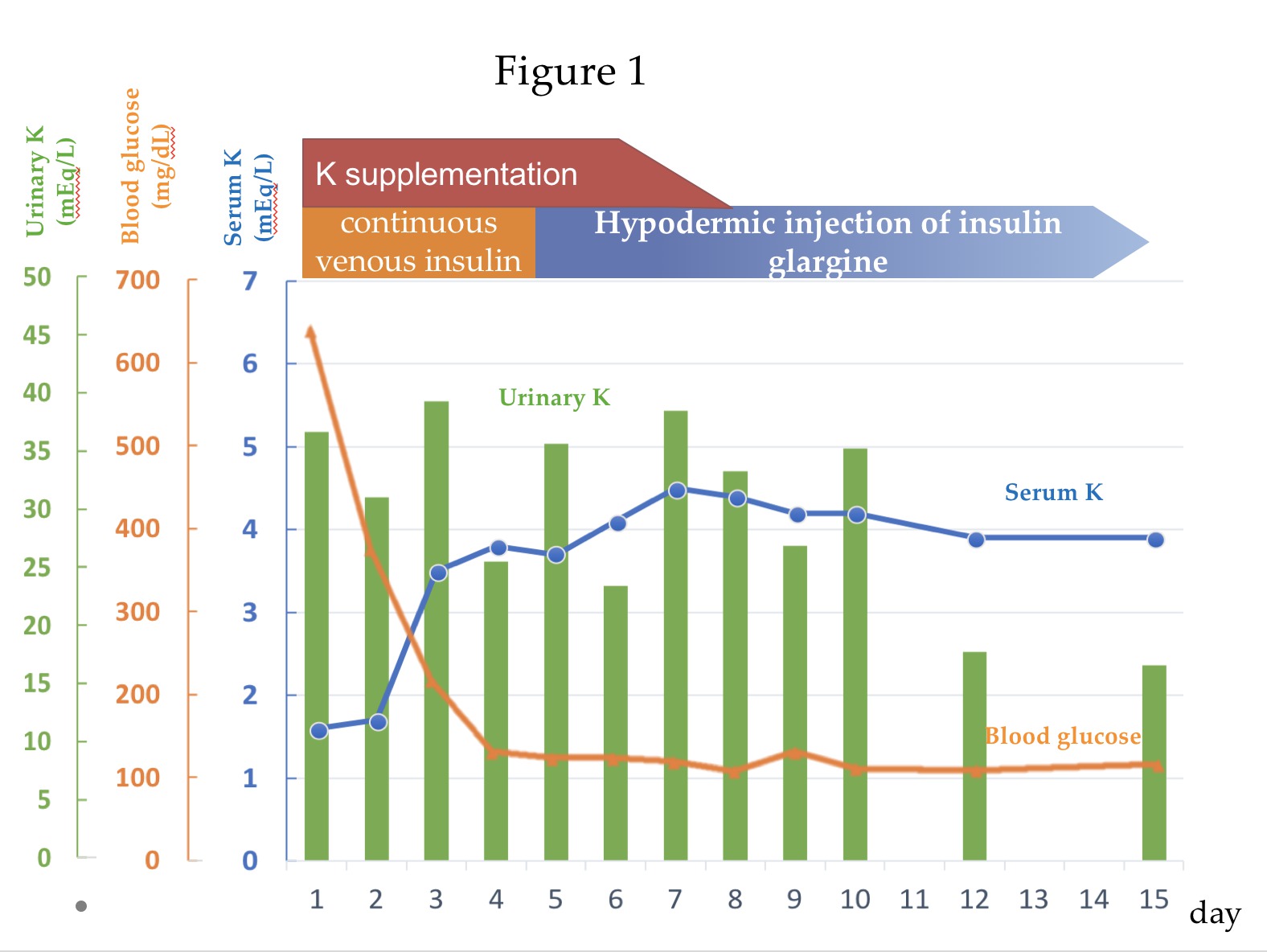