We hypothesized that SM with depleting induction would decrease risk of acute rejection (AR) during the first post-transplant year in PKTRs compared to a SB regimen with non-depleting induction. A single-center, retrospective cohort study was performed on PKTRs from 8/2011 to 8/2017. The primary exposure was the immunosuppression regimen. Biopsies were performed for surveillance at 3- and 6-months post-transplant, and as indicated for allograft dysfunction. The primary outcome was AR by 1 year, including borderline, cellular, and antibody mediated. Secondary outcomes included allograft function, calcineurin inhibitor nephrotoxicity (CNIT), viral infections, and neutropenia.

The cohort included 63 PKTRs; 21 and 42 patients on the SM and SB regimens. The median age at transplant was 12.9 years. The cohort included 37% black and 71% deceased donor PKTRs. Overall, 32% of PKTRs had AR by 1 year post-transplant, with 80% of those detected on surveillance biopsy. By Kaplan-Meier analysis, PKTRs on SM had significantly less AR than those on the SB regimen (Figure 1, log rank p = 0.02). There was no significant difference in mean eGFR at 1 year in the SM vs SB groups. There were also no differences in the rate of CNIT, BK nephropathy, CMV viremia, or neutropenia. PKTRs in the SM group had a lower incidence of EBV viremia (33% vs 69%, p = 0.01).

The incidence of AR in the first year post-transplant was significantly reduced in PKTRs undergoing a SM regimen. Further study is needed to determine the effect of SM on long term outcomes in PKTRs. 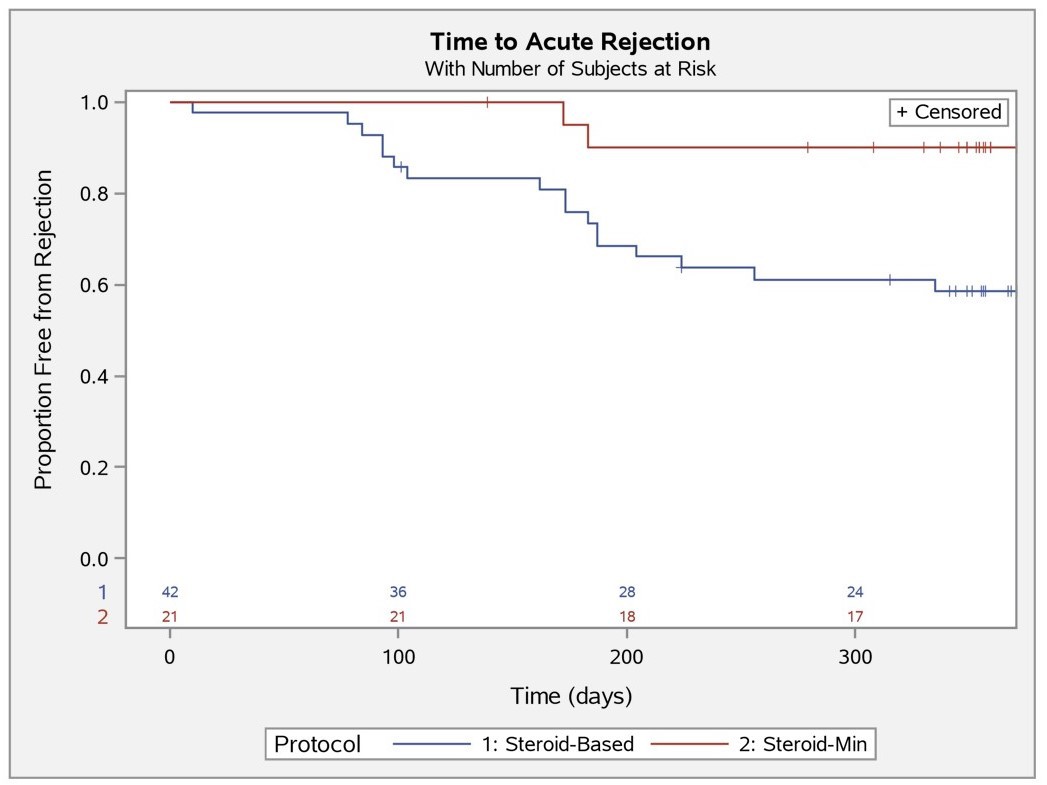