The ability to successfully cannulate the AVF reliably is a critical step in the delivery of hemodialysis therapy. The av-Guardian vascular access system (avGD; Advent Access, Singapore) is designed to overcome the technical barrier to establishing reliable blunt needle access in patients with mature AVF. avGD is a single component titanium device (15mm x 5mm x 3 mm) with a palpable entry point that is subcutaneously implanted between the skin and the AVF to allow repeated cannulation through a single puncture site.

This was a first-in-man, prospective, non-randomized trial performed to assess the safety and feasibility of avGD in facilitating blunt needle access in patients with matured AVF. The primary end points of the study included rate of successful hemodialysis sessions via avGD cannulation over 3 months and changes in AVF flow rates after implantation

Six patients were enrolled in the study, of which 5 had AVFs that were difficult to cannulate. A pair of avGD was implanted each at the arterial and venous cannulation sites under local anaesthesia as shown in figure 1. Cannulation via the avGD commenced 14 days post-implantation. Overall, the rate of successful cannulation through the avGD over 3 months in 216 hemodialysis session was 98.1%(424/432) at the arterial site and 94.4% (408/432) at the venous site. Significantly, 85.5% and 90% of the cannulations at the A and V site respectively were successful at first attempt . Blood flow rates within the AVF were unaffected by the devices. The patients were transited to blunt needle cannulation after a median of 15.5 and 18.5 sessions at the A and V site respectively.

The results of this first in man trial demonstrated the safety and feasibility of a subcutaneously implanted, extravascular device to facilitate blunt needle access in matured AVF. The device did not adversely affect flows within the AVF after implantation and successful cannulation through the devices can be achieved > 94% of the time 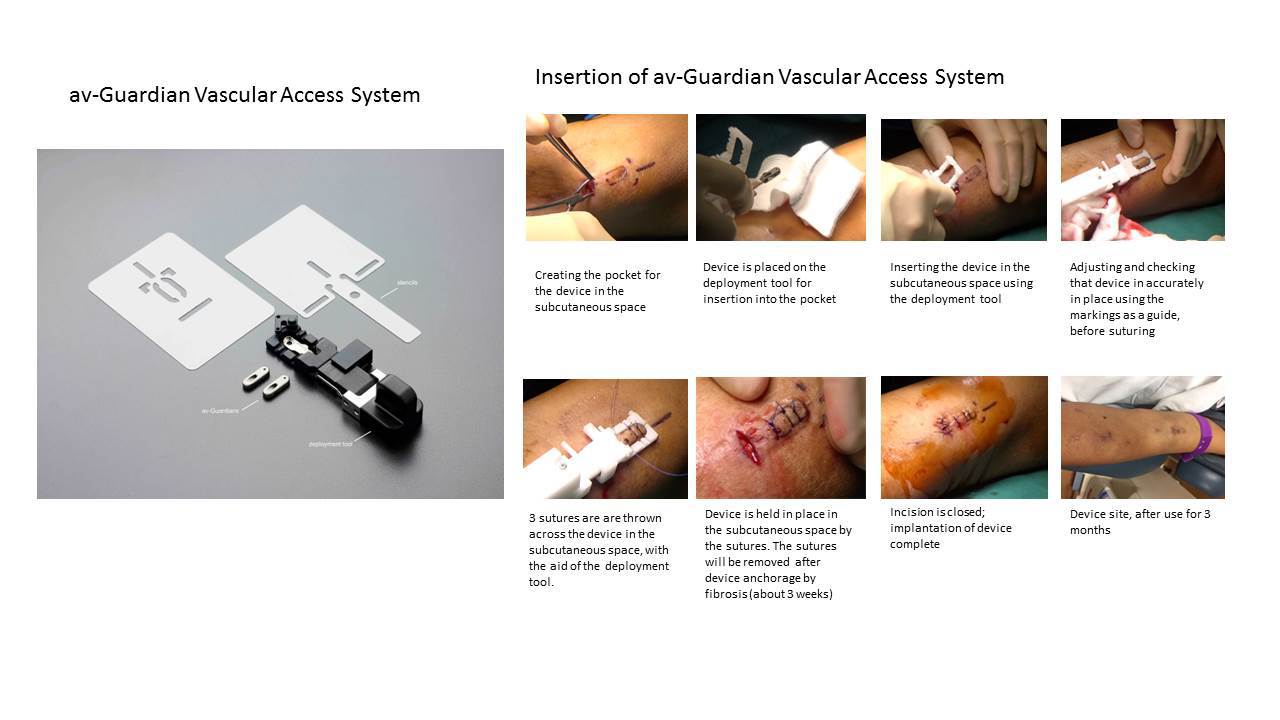