With over 500,000 adults in the US suffering from kidney & renal pelvis cancer and 65,000 new cases are estimated to be diagnosed in 2018 (representing 3.8% of all new cancer cases), kidney cancer poses a major public health challenge and remains a significant source of healthcare cost and mortality. Between 1975-2015, national incidence of kidney cancer more than doubled from 7.1 to 15.7 per 100,000 population.

Annual time series data covering 1975-2015 is collected from NCI’s SEER. Level and smoothed (moving average, 3-year and 5-year) time series plots are obtained (details in Figure 1). Autocorrelation and partial autocorrelation functions obtained from the time series data point to a long memory in the data generating process and help us in understanding the magnitude of rising in renal cancer incidence during the last half-century. Augmented Dickey-Fuller (ADF) tests are performed to check the stationarity in the time series data.

ADF tests using the standard estimation equation rejected stationarity of the incidence data for lag lengths 1, 3, and 5 points to the presence of strong non-stationarity in longitudinal incidence in kidney cancer. The results pointing to non-stationarity hold even after controlling for trend, and random walk with or without drift. 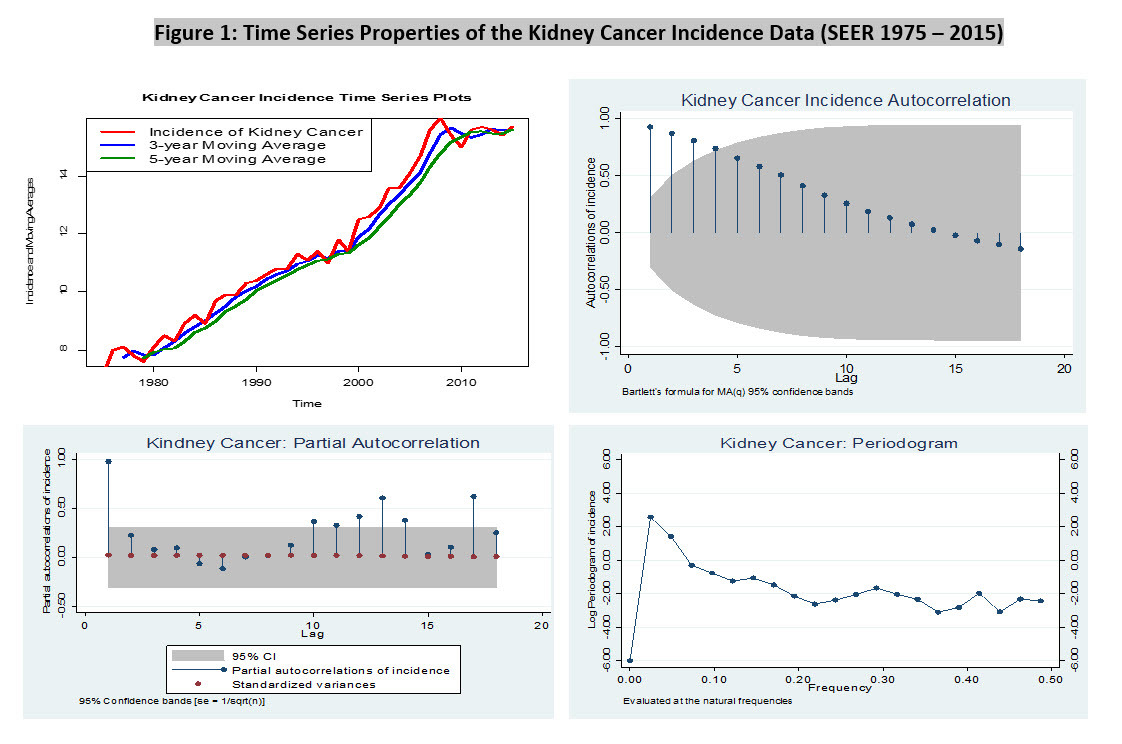