To investigate whether patient and technique survival in peritoneal dialysis (PD) are related to timing of first peritonitis.

Incident first peritonitis is associated with short patient and technique survival independently of time taken to develop the event. 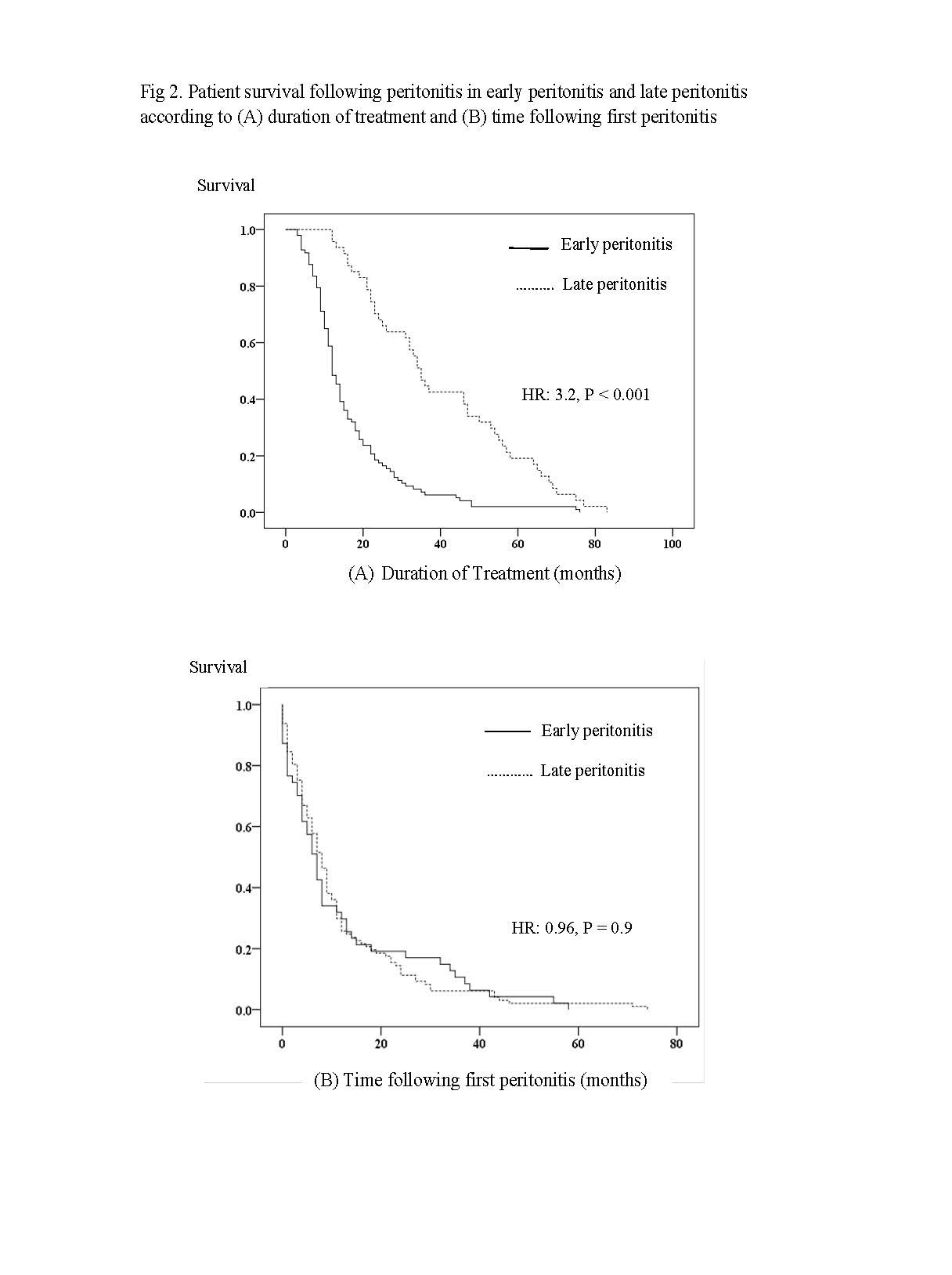