End-stage renal disease (ESRD) is one of the most critical outcomes of IgA nephropathy (IgAN). Although genetic factor might have some effect on this outcome within IgAN patients, a genome-wise study regarding ESRD outcome was scarce, particularly in Korea which is known to have high incidence and worse prognosis of IgAN.

After quality control, 691 patients and 603,128 single nucleotide polymorphisms (SNPs) were included in the analysis. Although an association analysis dealing ESRD as a binomial outcome did not show any significantly associated SNPs after Bonferroni correction, survival analysis including renal survival from birth revealed that following SNPs were significantly associated with risk of ESRD; rs655250, rs17574942, rs7259423, and rs5989654. When we applied less stringent threshold value, there was suspicious association of clusters of SNPs on chromosome 11, including rs655250 which showed the most significant p value, on gene coding NCAM1 (CD56). When time from IgAN diagnosis to ESRD was included as the survival duration, adjusted for age and sex at the time of IgAn diagnosis, following SNPs showed significant association with ESRD outcome; JHU_1.247982701, rs13095453, JHU_7.26585574, exm813062, rs2151745.

Potential gene loci identified in our analysis may be associated with risk of renal failure in IgAN patients. Further validation and expansion of our results may reveal association between genetic factors and IgAN prognosis. 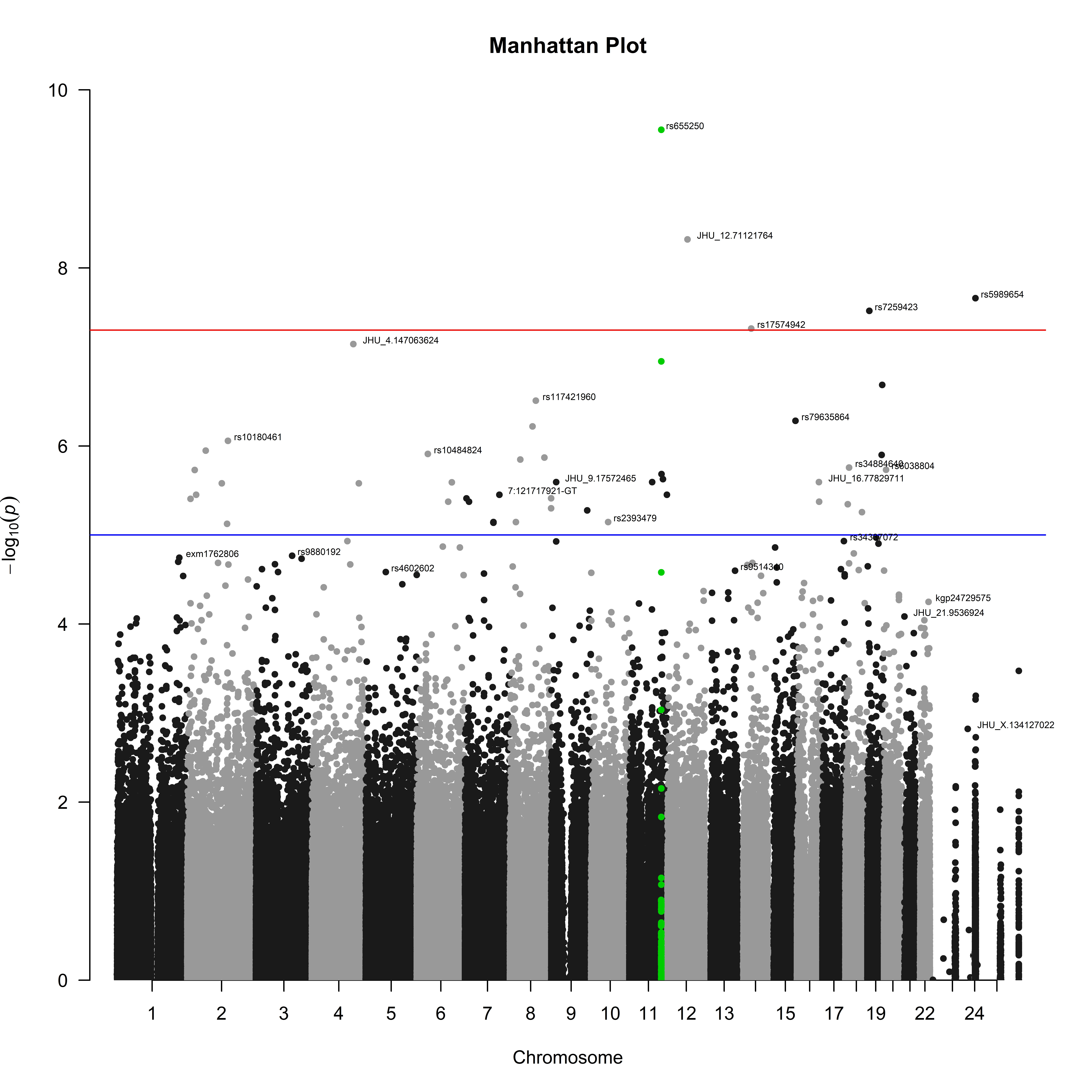