We sought to determine whether dietary phosphorus (P) and protein intake in hemodialysis (HD) patients varies across race/ethnicity.

These data suggest that, compared to other racial/ethnic groups, Hispanic HD patients’ dietary P intake relative to protein intake is higher, whereas their dietary protein intake relative to their total caloric intake is lower. Further studies are needed to determine the specific dietary sources of P among HD patients of varying race/ethnicity, and whether these variations may have a differential impact on their health and survival. 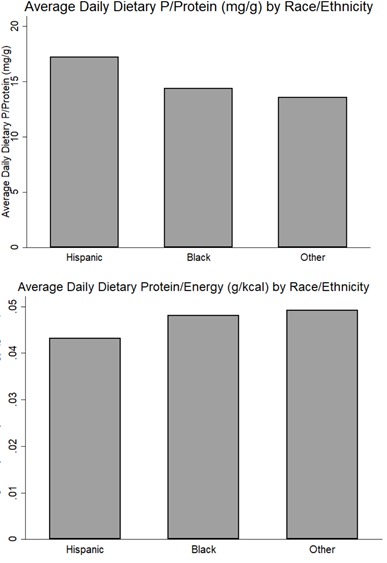