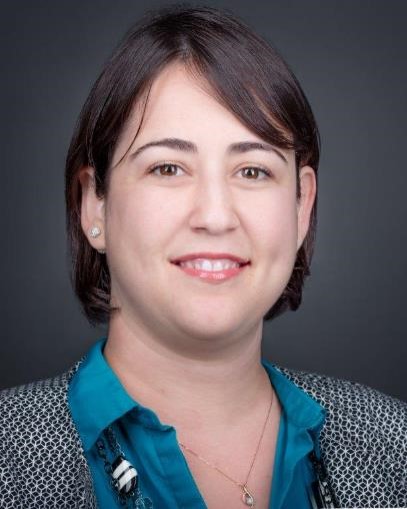 Dr. Diana R. Hernandez is a talented, smart and resilient Hispanic researcher. She is a nuclear engineer with strong knowledge of physic, physiology, data collection and processing. She obtained her PhD in Materials Science and Engineering in 2013 and started as Postdoctoral fellow at University of Miami in 2015. She has published well and has received fellowships by CONACYT (Mexico) and more recently from NIH. Diana’s smile and good vibe is contagious.

The transformation of a vein to a fistula is one of the most intriguing processes in vascular biology. The desired scenario is that the fistula matures becoming a larger vessel with increased luminal area and a thicker wall. Unfortunately, arteriovenous fistulas (AVFs) frequently fail (~40%) because venous stenosis compromises blood flow. Lysyl oxidase (LOX) is the main enzyme that catalyzes the oxidative deamination of lysine/hydroxylysine residues (ε-amino groups) in proteins to facilitate spontaneous intra/intermolecular covalent crosslinks formation. The most recognized substrate of LOX is collagen. In fact, collagen tensile strength relies upon LOX mediated crosslinking. LOX is critical for vascular and connective tissue formation; however, deregulated LOX increases collagen stiffness and prevents its degradation, thereby contributing to fibrosis.

Herein, our goal was to demonstrate that upregulated LOX in the venous limb of the AVF mediates improper remodeling, which causes stenosis and failure.

We first demonstrated that immature and mature collagen crosslinks (using UPLC-ESI-MS/MS) were more abundant in failed human AVFs than in fistulas that matured successfully (N=10/group, p< 0.05). Increased crosslinking correlated with vascular accumulation of LOX as determined by immunohistochemistry. Interestingly, LOX appeared in the interstitial space and in the nuclei of smooth muscle cells (SMCs) and neointimal cells, in agreement with prior reports detecting LOX within the nuclei of cultured fibroblasts. The nuclear location of LOX in SMCs was further demonstrated using cell fractioning techniques. The LOX inhibitor β-aminoproprionitrile (BAPN) decreased SMC growth in culture, which suggests a potential role of this enzyme in the postoperative expansion of the intima. Finally, we demonstrated that systemic and local inhibition of LOX with BAPN increases blood flow and elasticity, and prevents medial fibrosis and intimal hyperplasia in a rat model of AVF.

In conclusion, these data indicate, for the first time, the importance of LOX-mediated crosslinking in AVF failure and the potential role of this enzyme not only in vascular stiffness but also in the control of SMC fate and growth.