At 3 months after cardiac surgery, children with higher urine albumin, but not any other tubular injury and fibrosis biomarkers, were more likely to develop CKD. 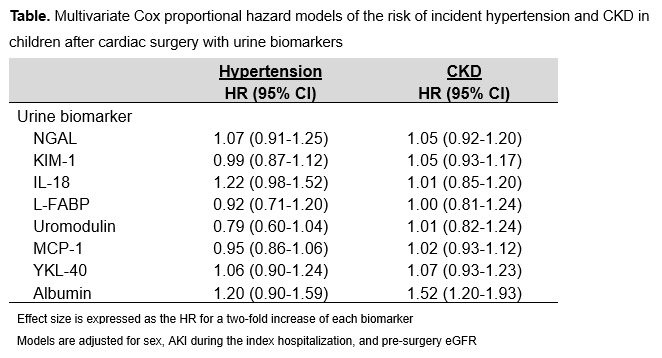