Since African Americans (AA) adapt to higher sodium (Na) intake mainly with a fall in Na reabsorption in the distal nephron and whites (W) via a fall in the higher capacity proximal tubule (PT), AA might be less efficient in adaptation to Na loads. This could lead to greater fluid and Na retention and hypertension both with high Na diet and chronic kidney disease (CKD), which has not been previously studied. We sought to compare patterns of nephron segment Na reabsorption using endogenous lithium and iohexol clearances in individuals across race and levels of kidney function.

17 subjects (7 male; 10 AA, 9 of the total with CKD with mean GFR 55 ml/min) were recruited. Subjects with CKD, if treated for hypertension, were weaned off all medication for at least one week prior to study date using a low sodium diet. Subjects could participate in the study day only if their blood pressures (BP) remained <150/90 during the washout. All subjects were placed on an 80 meq/day sodium diet for 1 week prior to study date. Subjects were admitted to the CRC and continuous iohexol infusion (with bolus) was initiated. Urine and serum laboratory measurements including basic chemistries and lithium were collected at baseline and during six 40-minute clearance periods, with a standardized meal served after the 3rd clearance period. BPs were measured with each blood draw.

PT sodium avidity is significantly higher in AA subjects in health and in CKD and directly correlates with BP. 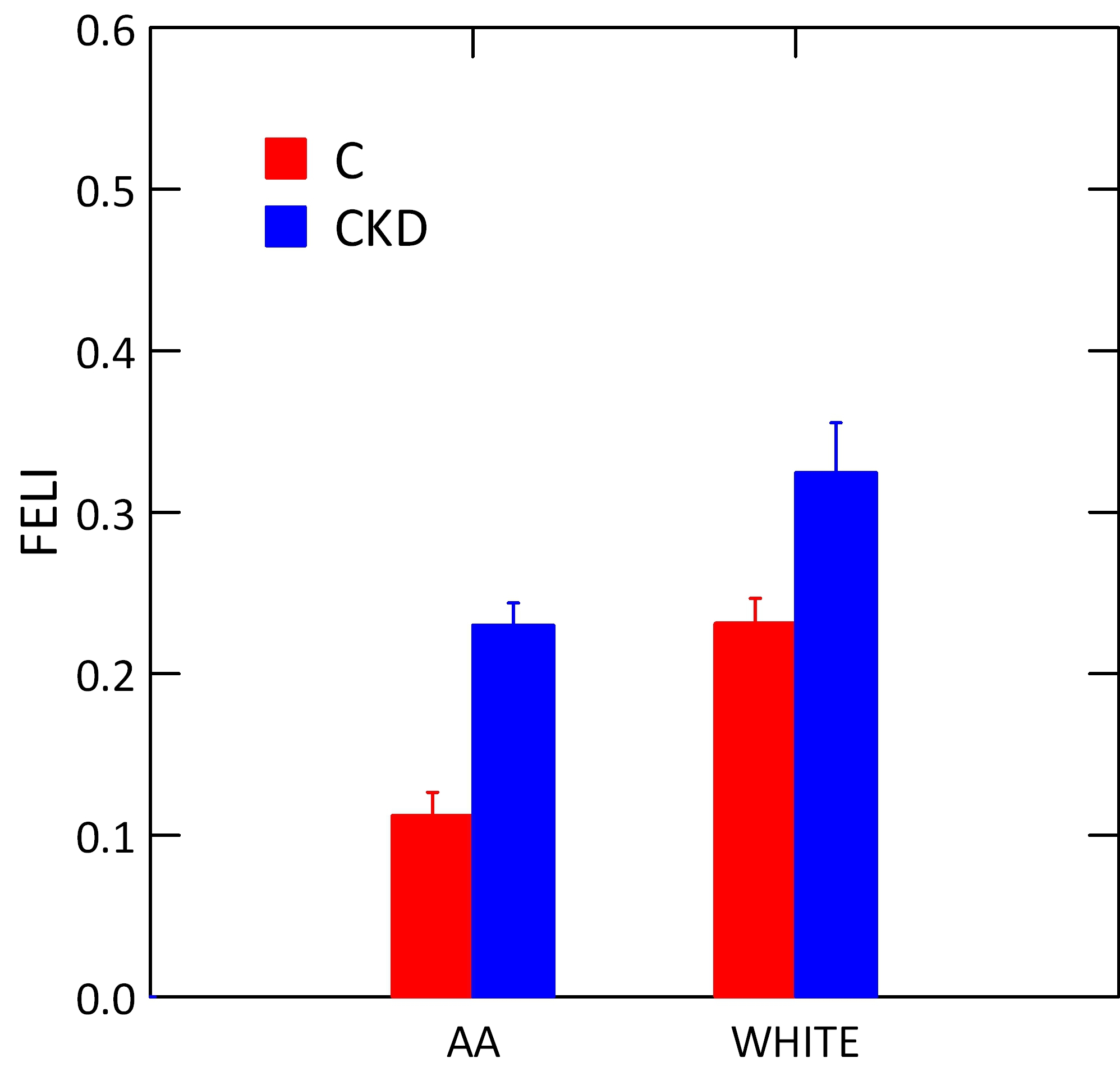