Renal amyloidosis is an uncommon but problematic cause of proteinuria and nephrotic syndrome, which has very limited treatment options and usually leads to ESRD requiring renal replacement therapy. In this study, we assessed the incidence of different subtypes of amyloidosis over time in our patient population to better understand the etiology of renal amyloidosis.

We reviewed our kidney biopsy database from 1984 through 2017 to define the incidence of renal amyloidosis and the subtypes of amyloid contributing to this disease. Amyloidosis subtype was correlated with clinical data.

We observed a dramatic increase in serum amyloid A (AA) protein-type amyloidosis (Fig. 1), beginning in 2000 and becoming in 2015 the most common renal amyloidosis subtype in our patient population. AA-type amyloidosis was associated with heroin injection associated infections (skin and deep muscle abscess, cellulitis and osteomyelitis) in over 90% of the cases. In a subset of patients (n=8) with extensive clinical data, renal biopsy was preceded by Initial documentation of injection drug use associated infections (4.0 -18 years) and proteinuria (1.0 -14 years), and renal failure or death occurred 0.45 – 2.7 years after biopsy.

Since 2000, there has been a dramatic increase in the incidence AA-type amyloidosis, which is attributed to injection drug use and its associated infectious complications. Longitudinal data suggest repeated injection drug use associted infections and asymptomatic proteinuria precede clinical presentation prompting biopsy by several years. 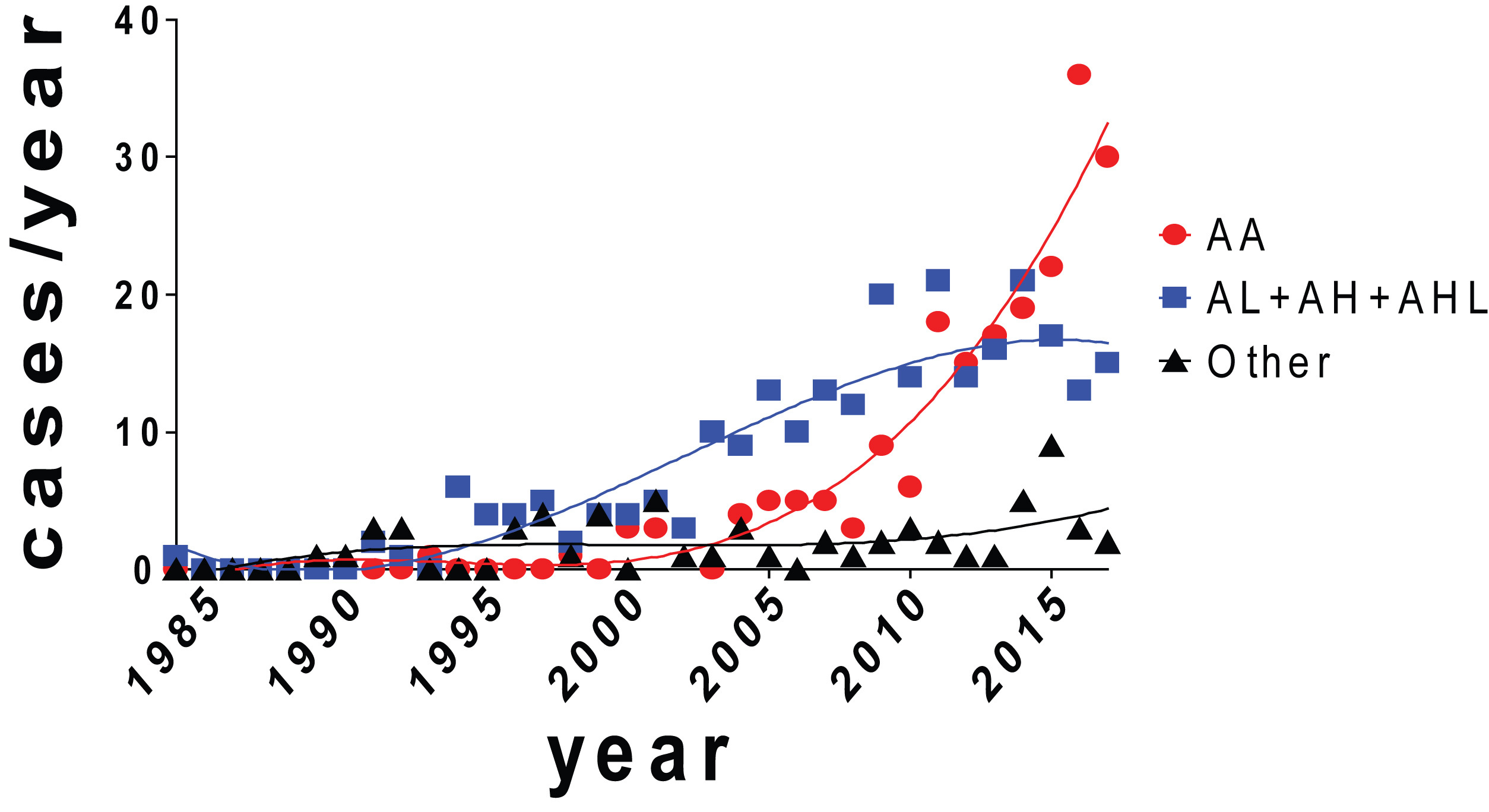 Figure 1. A surge in AA-type amyloidosis diagnosed in renal biopsies after 2000 in our institution. Shown are the number of cases diagnosed per year of AA-type (red), immunoglobulin-type (AL+AH+AHL, blue) and other type (undetermined, ALECT2, APOA4, ALys) amyloidosis. The lines represents represent non-linear third order polynomial fits to the data (r-squared values: AA = 0.94, AL+AH+AHL = 0..88, Other = 0.28).