Progressive intra-renal hypoxia is implicated in the pathogenesis of CKD. However, effective therapies to target intra-renal hypoxia are very limited. We have previously reported early alterations in renal oxygenation and oxygen demand-supply mismatch leading to hypoxia in subtotal nephrectomy (STN), a well-established experimental model of CKD. AMP-activated protein kinase (AMPK) is an important cellular metabolic sensor and regulator, which is dimished in CKD. In this study, we evaluated the quantitative changes in renal tissue oxygenation and the impact of AMPK activation by metformin (MET) on hypoxic and metabolic stress adaptation in STN.

Our findings demonstrate that tissue oxygen tension is reduced in the STN kidneys in early and late stages. This was prevented by AMPK activation with metformin treatment in the renal cortex. Impact of AMPK activation on tubular transport and metabolism in STN is being investigated. 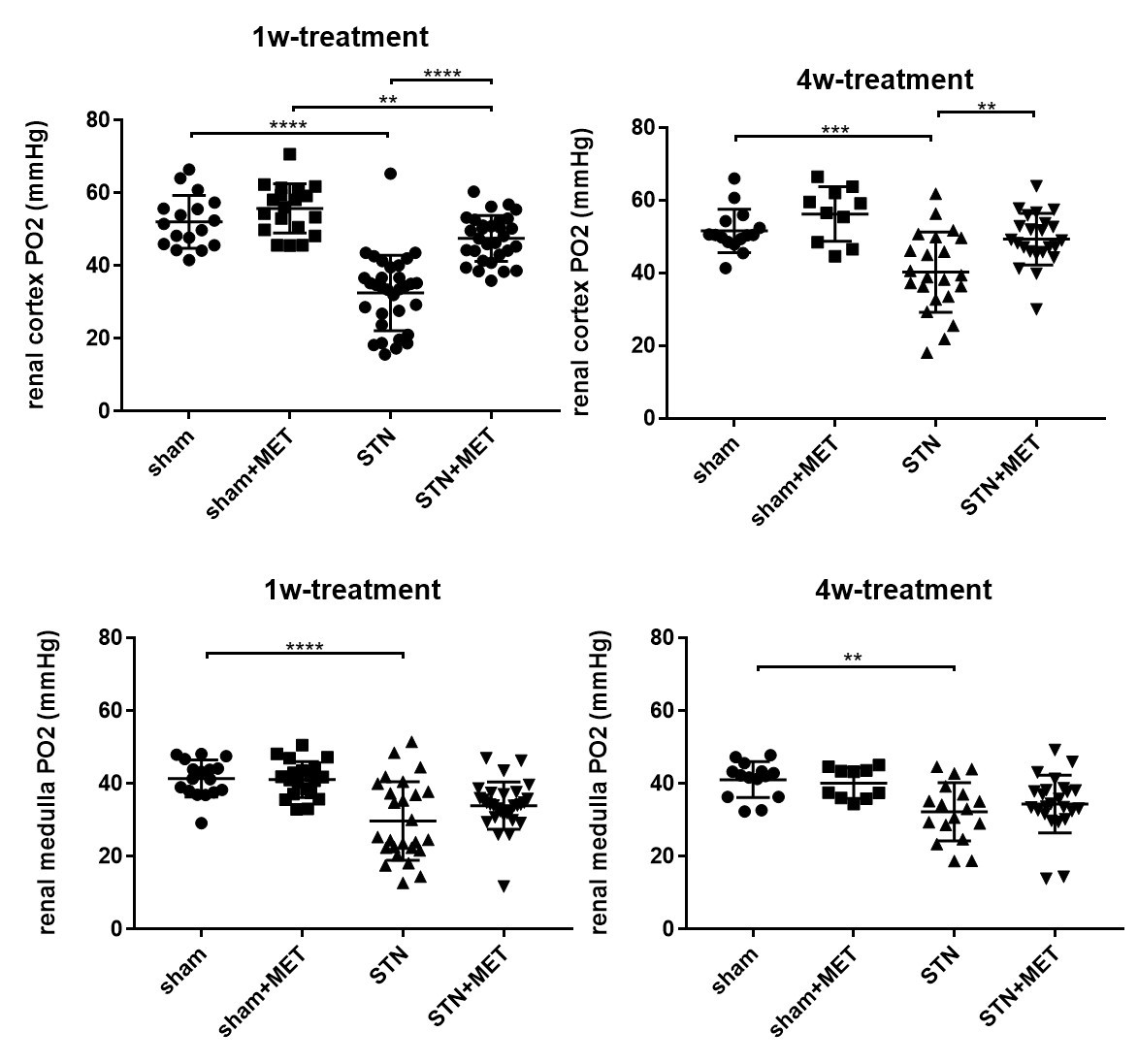