Bisphenol A (BPA), a high-volume industrial chemical, has been associated with health risks. Materials made with alternative chemicals such as Bisphenol S (BPS) have been produced, but toxicity concerns were also raised. BPA-containing materials have been used to manufacture dialyzers. Hemodialysis patients’ exposure to BPA/BPS can be measured in dialyzer extractables (E) and leachables (L). However, analytical challenges are E/L complexity, matrix effects, and lack of appropriate blank specimen. We propose Standard Addition Method (SAM) as a good choice for accurate quantification of BPA/BPS in E/L.

Concentrations were reported when quality thresholds were met, including repeatable retention time, Q/Q ratio of 100% ± 20, correlation coefficient > 0.99, accuracy and recovery within 100% ± 20. Figure 1B shows two types of dialyzers made from BPA/BPS-containing material (Type A) and BPA/BPS-free material (Type B). With the measured BPA/BPS level in E/L, patient exposure can be estimated.

SAM is a good quantitation method for analyzing BPA/BPS in E/L. Analytical challenges such as matrix complexity and effects and lack of appropriate blank specimen can be overcome. With the measured concentration of BPA/BPS in E/L, patient exposure to BPA/BPS can be estimated, and the toxicological risk assessment on hemodialysis-associated BPA/BPS exposure can be performed. 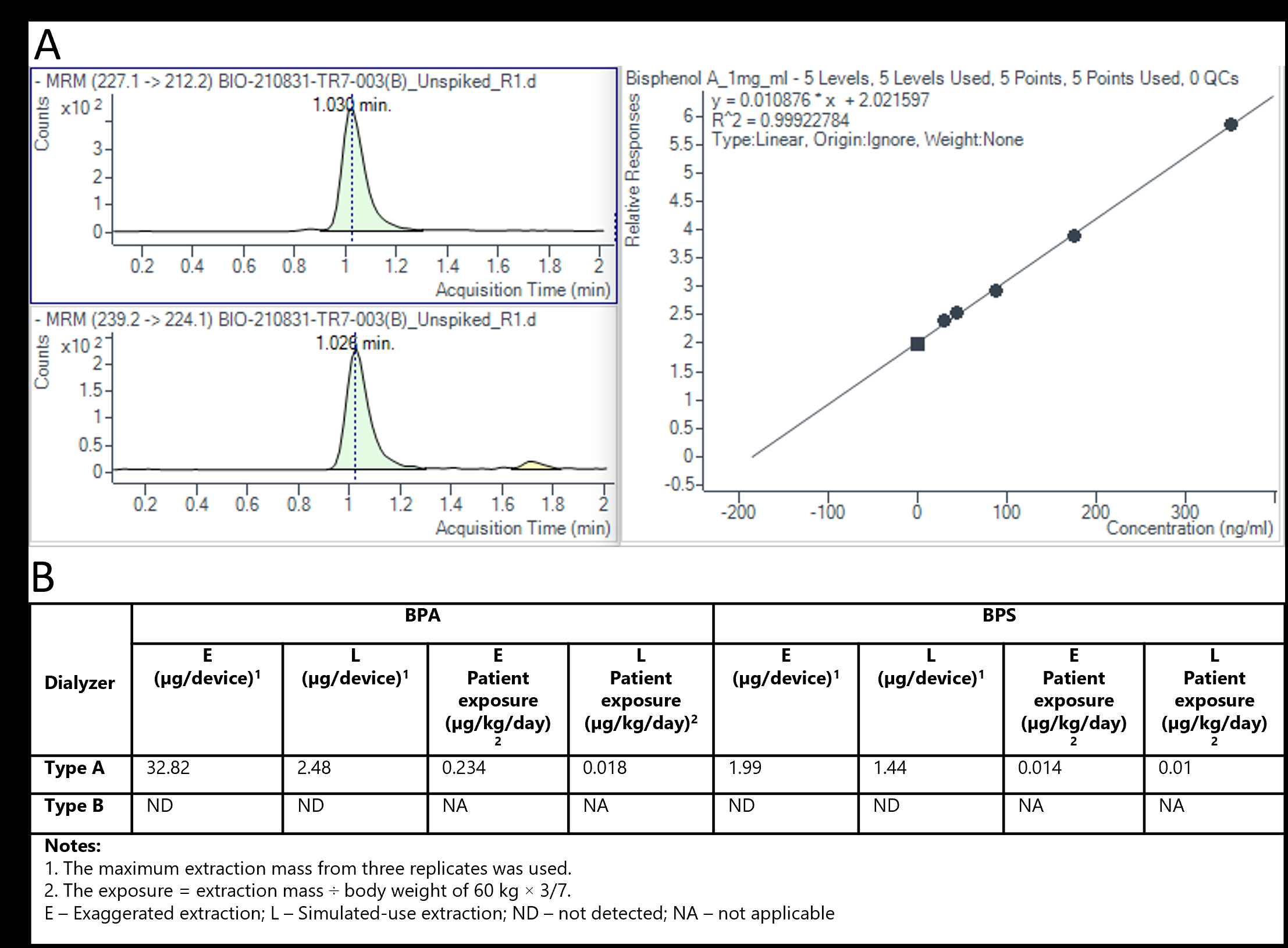 Figure 1A: BPA/13C12 BPA chromatograms and calibration curve for Type A sample. Figure 1B: BPA/BPS levels per device and estimated patient exposure.