Vitamin D Metabolites and Risk of Cardiovascular Disease in CKD

Vitamin D Metabolites and Risk of Cardiovascular Disease in CKD

The mean age of the study cohort was 59 years, 43% were female, and 42% were Black. There were 187 composite CVD events over a mean (standard deviation) follow-up of 9.6 (4.6) years among participants without prevalent CVD. Lower VDMR and 1,25(OH)2D were associated with risk of CVD prior to, but not after adjustment for eGFR and proteinuria (Table 1). Neither 25(OH)D, the VDMR, nor 1,25(OH)2D was associated with LVMI after full covariate adjustments.

The VDMR, 25(OH)D, and 1,25(OH)2D were not significantly associated with risk of incident CVD or with LVMI. 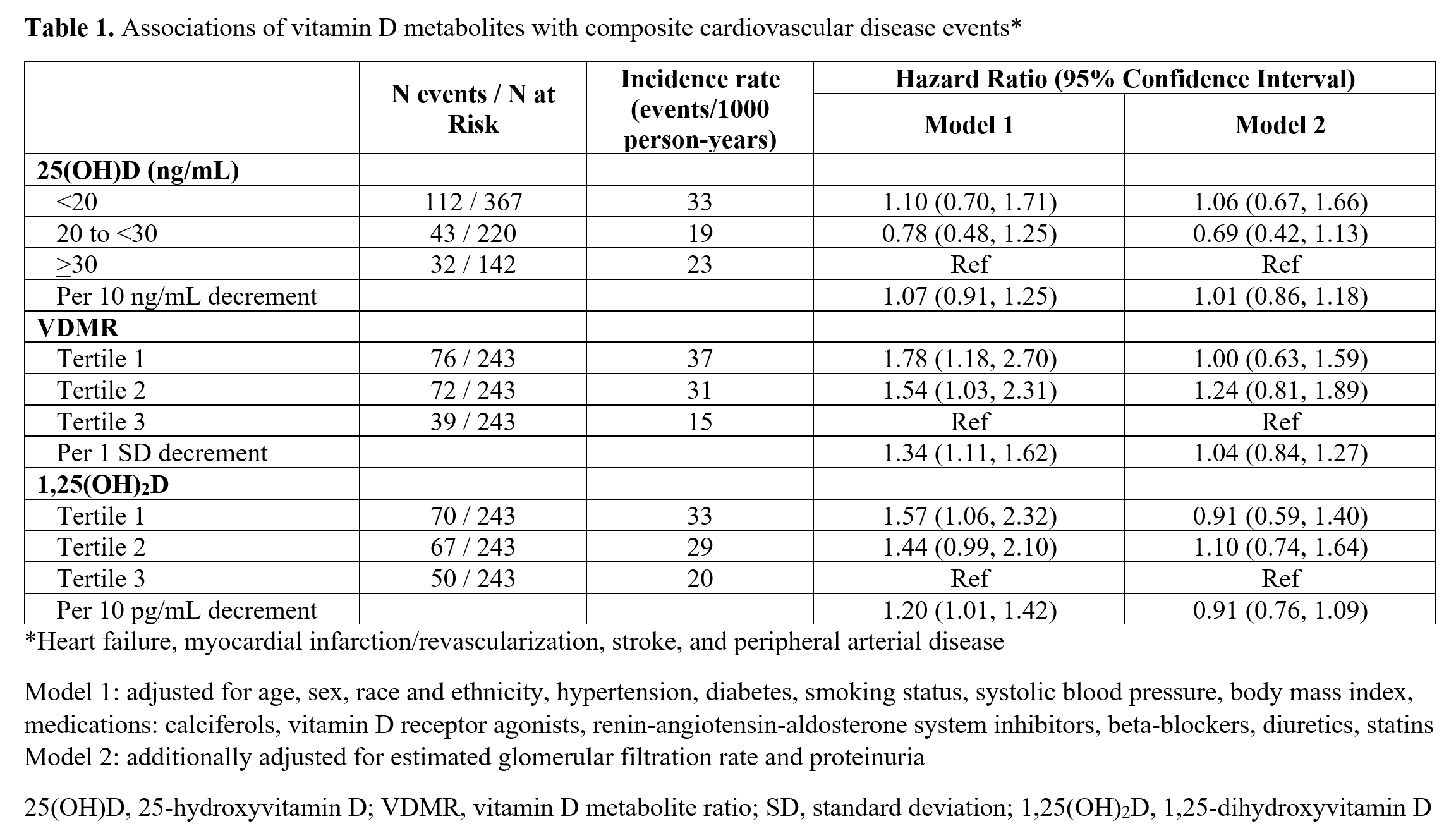