A history of complicated pregnancy, occurring at any length of time from GN diagnosis, was associated with faster eGFR decline following CureGN enrollment. A detailed obstetric history may inform counseling regarding disease progression in women with GN. Continued research is warranted to identify biological pathways between complicated pregnancy and progressive glomerular disease. 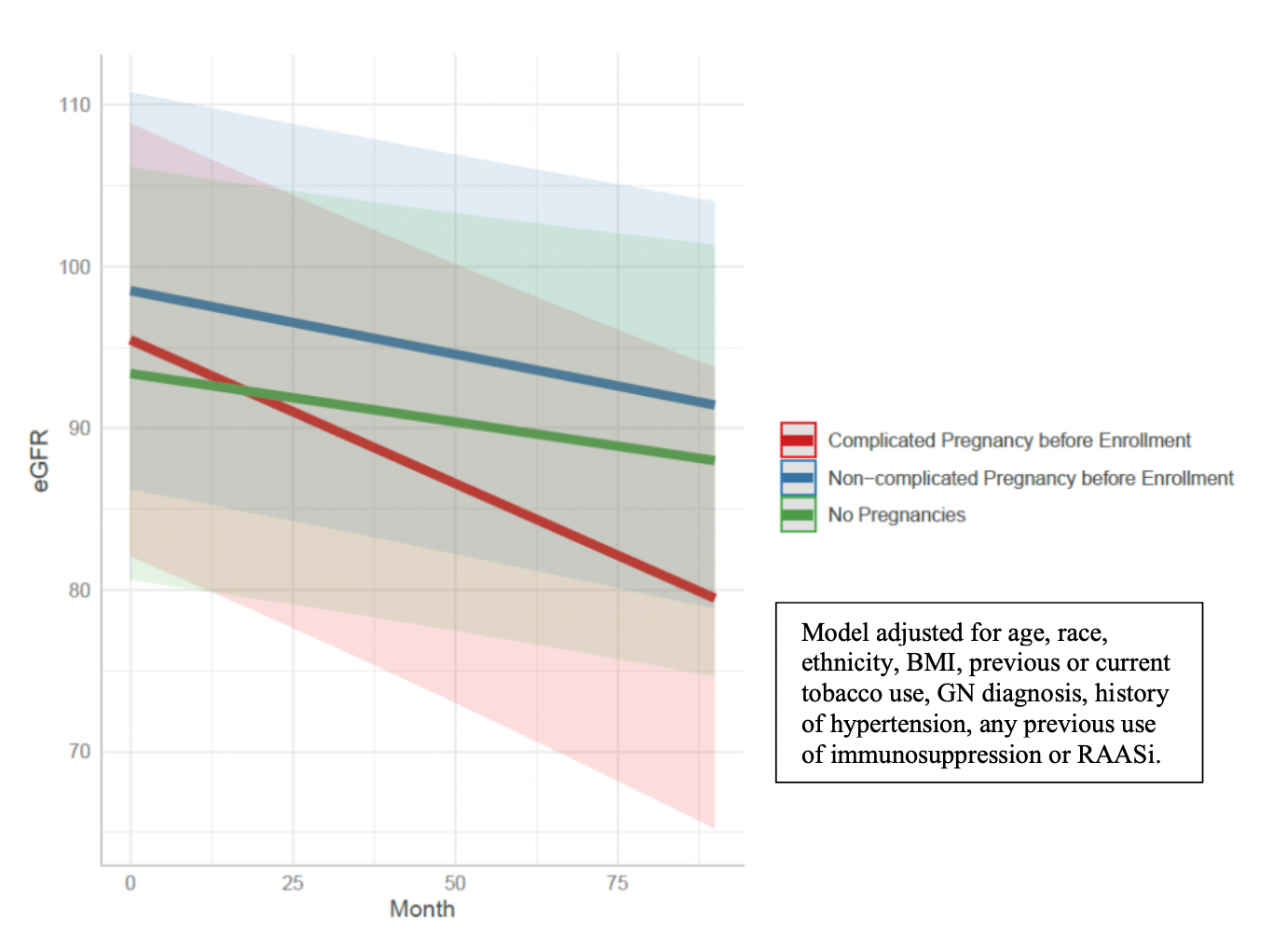