Estimated 24-Hour Urinary Sodium Excretion and the Risk of ESKD

Estimated 24-Hour Urinary Sodium Excretion and the Risk of ESKD

Sodium reduction lowers blood pressure and albuminuria, but the association between sodium intake and long-term kidney hard endpoints is debated and yet to be proven. We investigated linear and nonlinear associations of estimated 24-h urinary sodium excretion, reflecting daily sodium intake, with the incidence of ESKD.

This was a population-based cohort study including 444,375 community-dwelling volunteers (mean age, 56.2 years; 54% females) from the UK Biobank. The participants were followed for a median of 12.7 years. Estimated 24-h urinary sodium excretion was calculated based on spot urinary biomarkers at baseline. A repeated measurement after an average of 4.3 years in a subsample of 17,205 participants was used to correct for regression dilution bias. The outcome of interest was incident ESKD, ascertained by linking to electronic health records. We constructed Cox proportional hazards models and restricted cubic splines to access both linear and nonlinear relationships.

In individuals at low- or intermediate-risk, estimated 24-h urinary sodium excretion is neither linearly nor nonlinearly associated with the incidence of ESKD. 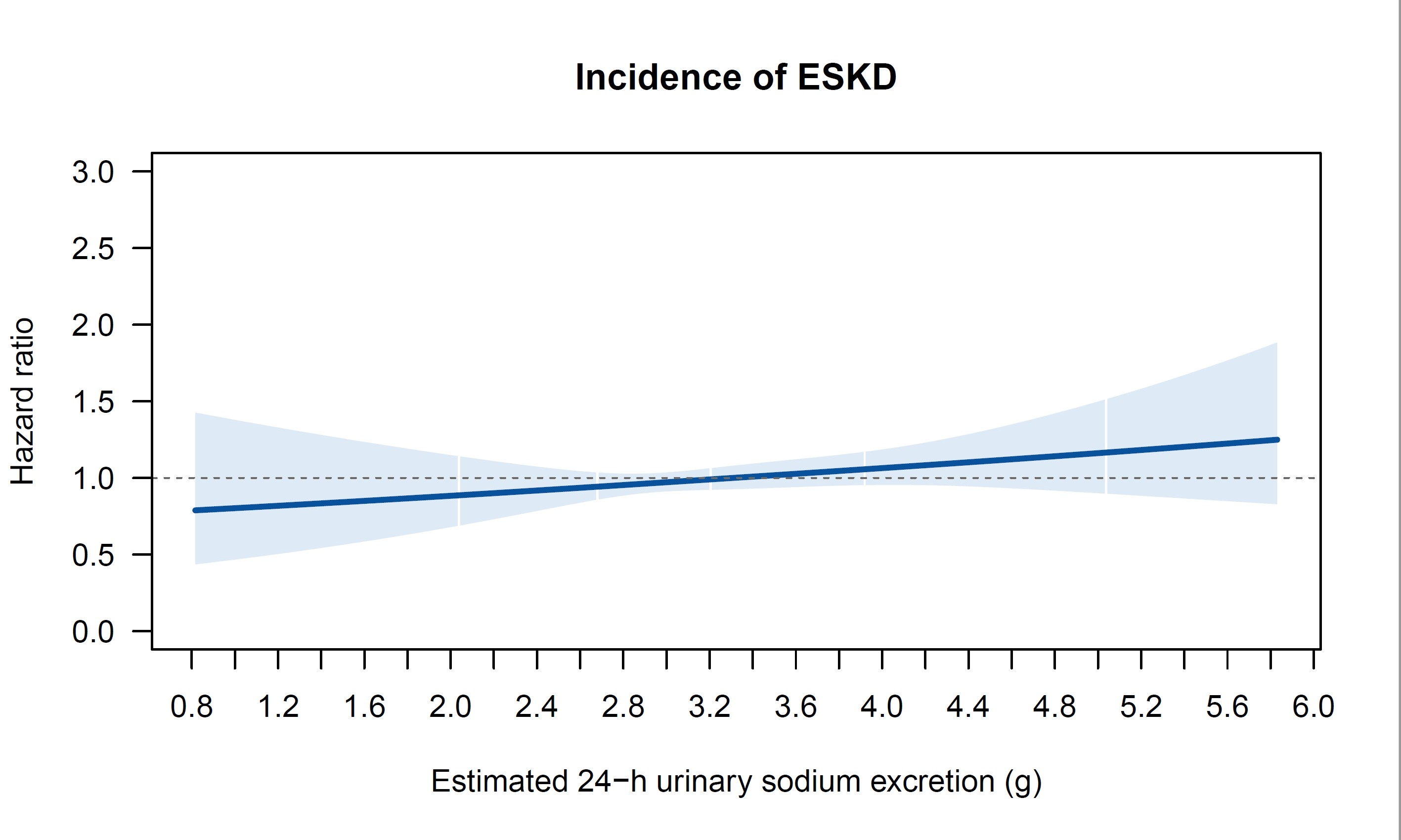 Restricted cubic splines for the incidence of ESKD.
The analyses were adjusted for potential confounders. Each point of the curve is the pointwise average HR. Shaded areas represent 95% CIs.