Renal cell carcinoma (RCC) originates from the renal epithelium and is the most common type of renal cancer with a poor prognosis. As the pathogenesis of kidney renal clear cell carcinoma (KIRC) has not been elucidated, which is necessary to be further explored.

An expression analysis dataset (GSE126964) was downloaded from the GEO database. Differentially expressed genes (DEGs) between KIRC and normal tissue samples were identified using edgeR and limma analysis. Based on the systematic biology approach of WGCNA, a gene co-expression network was constructed to screen potential biomarkers and therapeutic targets of this disease. Gene ontology (GO) and Kyoto Encyclopedia of Genes and Genomes (KEGG) pathway enrichment were performed in the DAVID database.Kaplan-Meier Plotter was used to identify the hub genes associated with overall survival (OS) time of KIRC patients.

In conclusion, DEGs present in both KIRC and normal kidney tissues, which can be considered as the KIRC biomarkers. 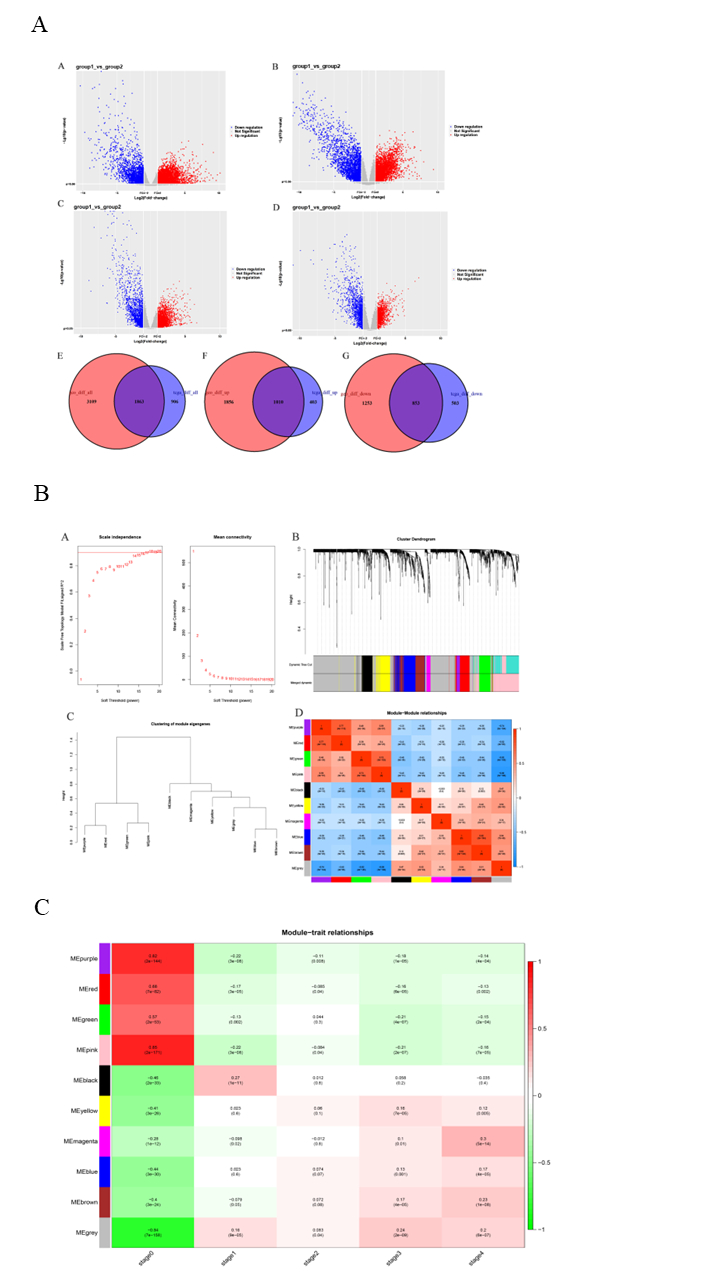 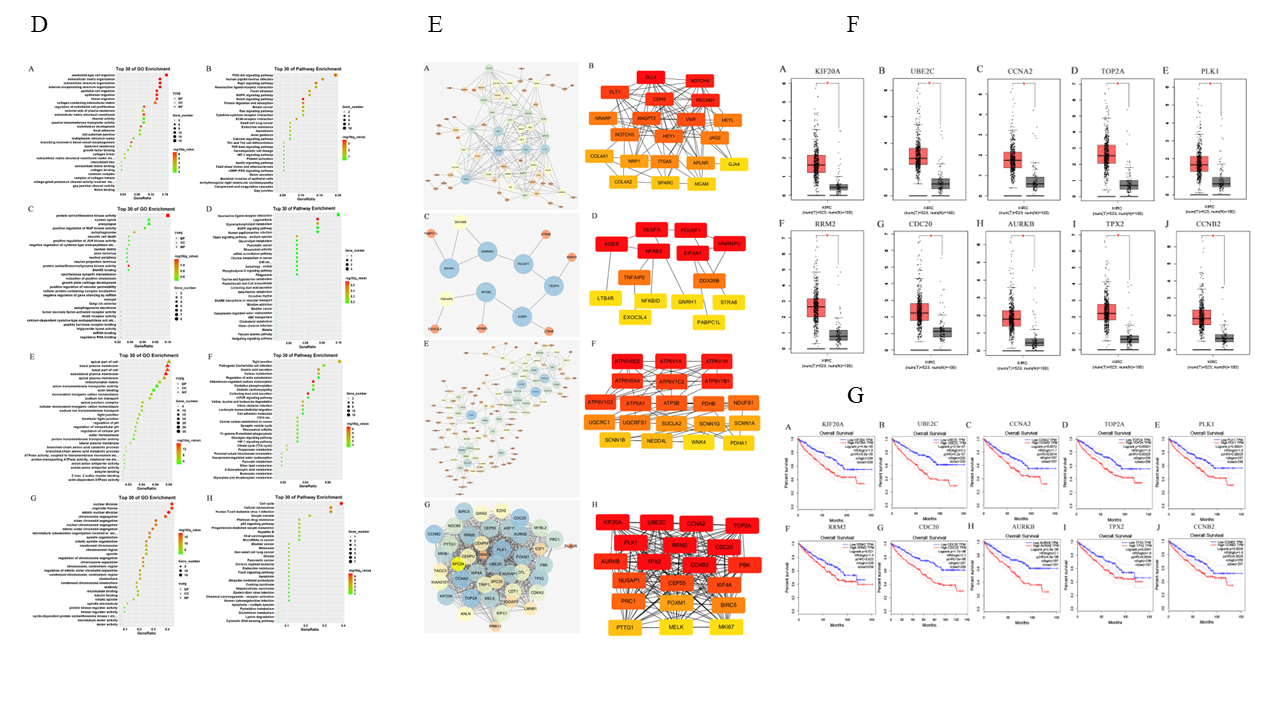