Variations in Access to Repeat Transplantation by Transplant Center Continuity

Variations in Access to Repeat Transplantation by Transplant Center Continuity

In the U.S., there is significant fragmentation in the care of patients with a failing kidney transplant. Our objective was to examine the association between transplant center continuity and access to repeat transplantation.

Individuals who remained at the same transplant center had better access to preemptive relisting and retransplantation. Black and Hispanic candidates who switched centers were especially disadvantaged. Additional studies on the role of continuity of care are needed to improve outcomes. 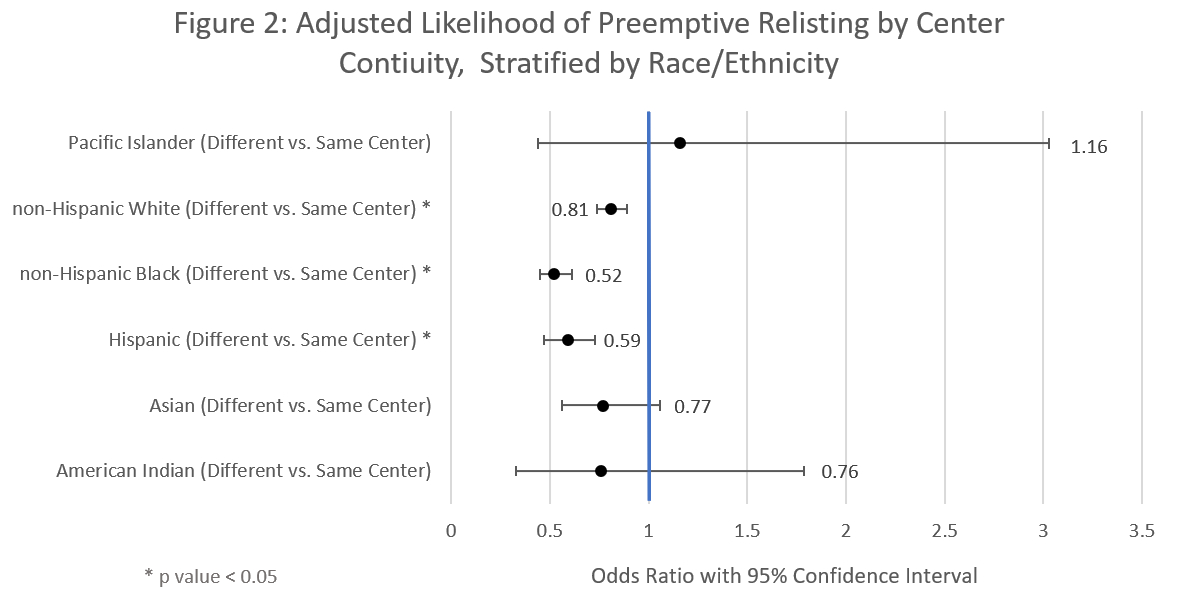