The relative content of urine albumin to other proteins may provide additional information on the site of the kidney lesion. The urine albumin to protein ratio (UAPR) may aid in the differential diagnosis of kidney disease but has not been studied in depth.

We evaluated the UAPR, UACR, UPCR, in 338 individuals who underwent clinically indicated native kidney biopsies from the Boston Kidney Biopsy Cohort (BKBC) Study and 2288 individuals with common forms of CKD from the Chronic Renal Insufficiency Cohort (CRIC) Study. Two kidney pathologists adjudicated biopsy specimens for semiquantiative scores of histopathology in BKBC. Multivariable linear regression models tested the association of UAPR with histopathologic lesions. We constructed receiver operating characteristic curves to compare the ability of UAPR, UACR, and UPCR to distinguish tubulointerstitial disease from other forms of kidney disease. We compared the performance of the kidney failure risk equation to predict 5-year risk of ESKD from proportional hazards models using UAPR, UACR, and UPCR through a likelihood ratio test.

UAPR may hold promise to identify specific histopathologic lesions and to differentiate tubulointerstitial disease from other forms of kidney disease. 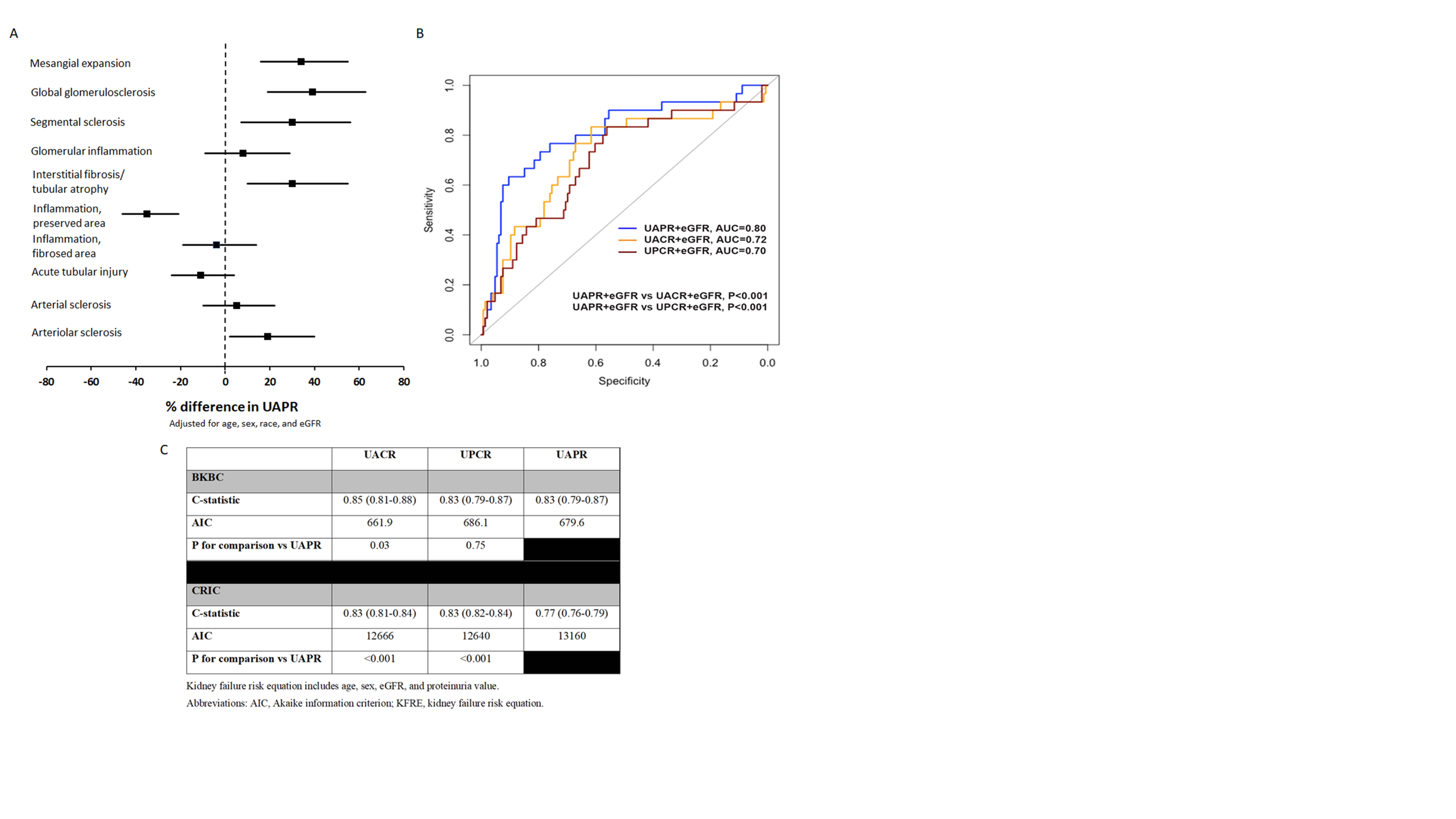