The Renal Pathology Society with an international membership has sponsored many classifications over the years. We revisit these classifications with the intent to examine their impact on pathology practice and impressions of their relevance to patient care.

A survey was constructed and released to the renal pathologist community on March 12, 2022. The survey closed on April 21, 2022 with 266 respondents. Of these 247 completed surveys were analyzed.

We surveyed members for their impression of Renal Pathology Society -Sponsored classifications of renal diseases. Responses were received from mainly N. America, Europe and Asia of whom the majority have a substantial renal pathology practice. A majority of those surveyed were familiar with all the publications and use the recommended definitions and terminology as outlined in the publication or use most of the descriptive elements in their reports. The principal reason for not using classifications is the belief that they do not have clinical utility or that clinicians do not use information derived from the classifications e. g. 31% for IgA nephropathy vs 91% for diabetic nephropathy. Also, at best 30% of the pathologists who report the classification as written, use a synoptic version. 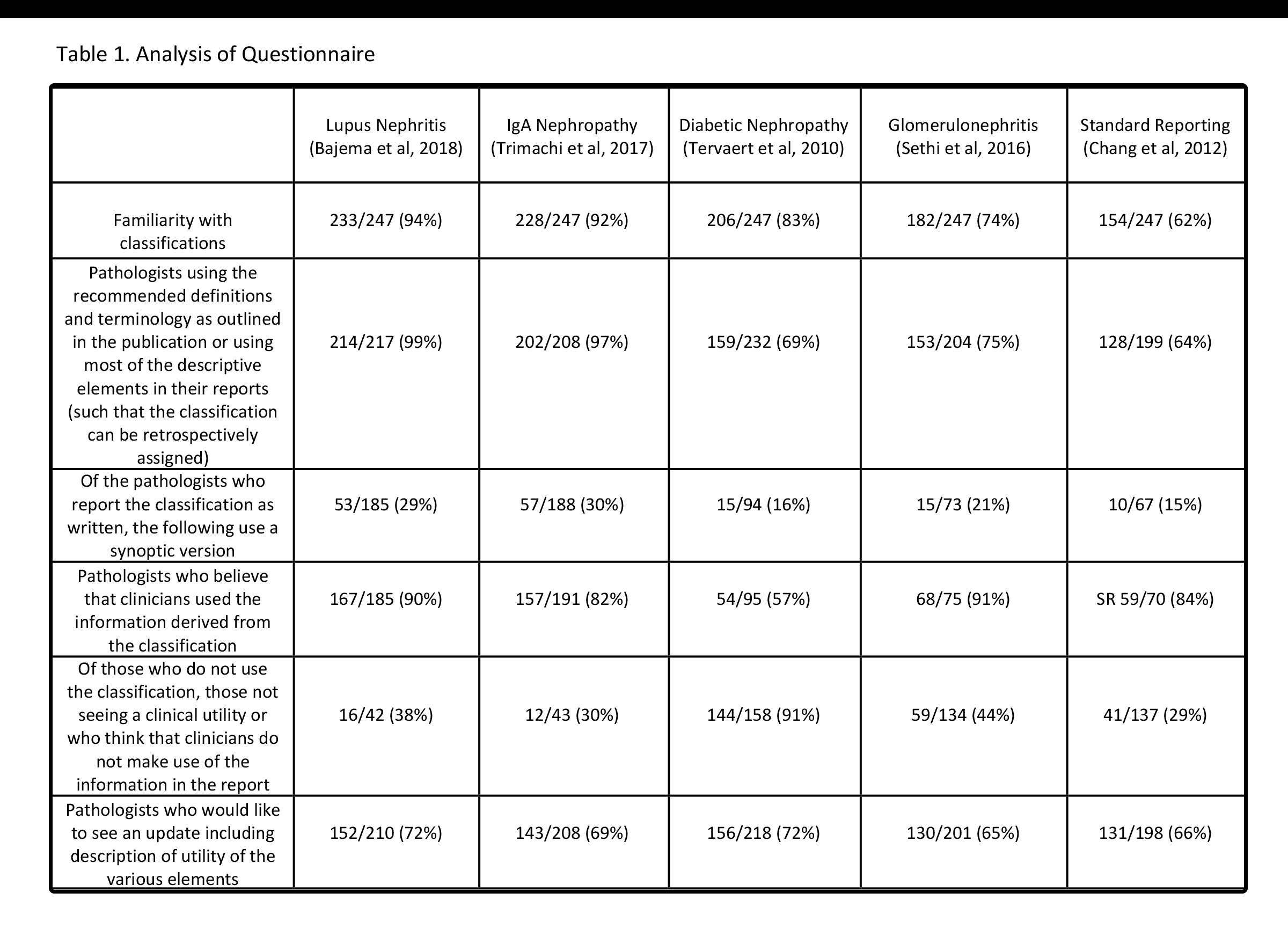