Association between calcium, phosphate, intact parathyroid hormone (PTH) levels and mortality has been extensively studied among patients on hemodialysis. However, studies limited to patients on peritoneal dialysis (PD) are lacking.

This is a prospective cohort study on Japan Renal Data Registry. Adults on PD at the end of 2009 were included. The observation period was up to 9 years and data were censored at the time of transplantation or transition to hemodialysis. Exposures were time-averaged albumin-corrected calcium (cCa), phosphate, and intact PTH levels. Outcomes were all-cause and cardiovascular (CV) mortality. Data were analyzed using Cox regression models and the results were shown as cubic spline curves.

Among PD patients, higher cCa levels tended to be associated with higher all-cause mortality, and the relation between cCa levels and CV mortality was U-shaped. Lower phosphate levels were associated with lower all-cause mortality. Targeting cCa toward normal levels and phosphate levels toward the lower limit of normal range seems to be reasonable. Control of intact PTH might be of less importance among PD patients. 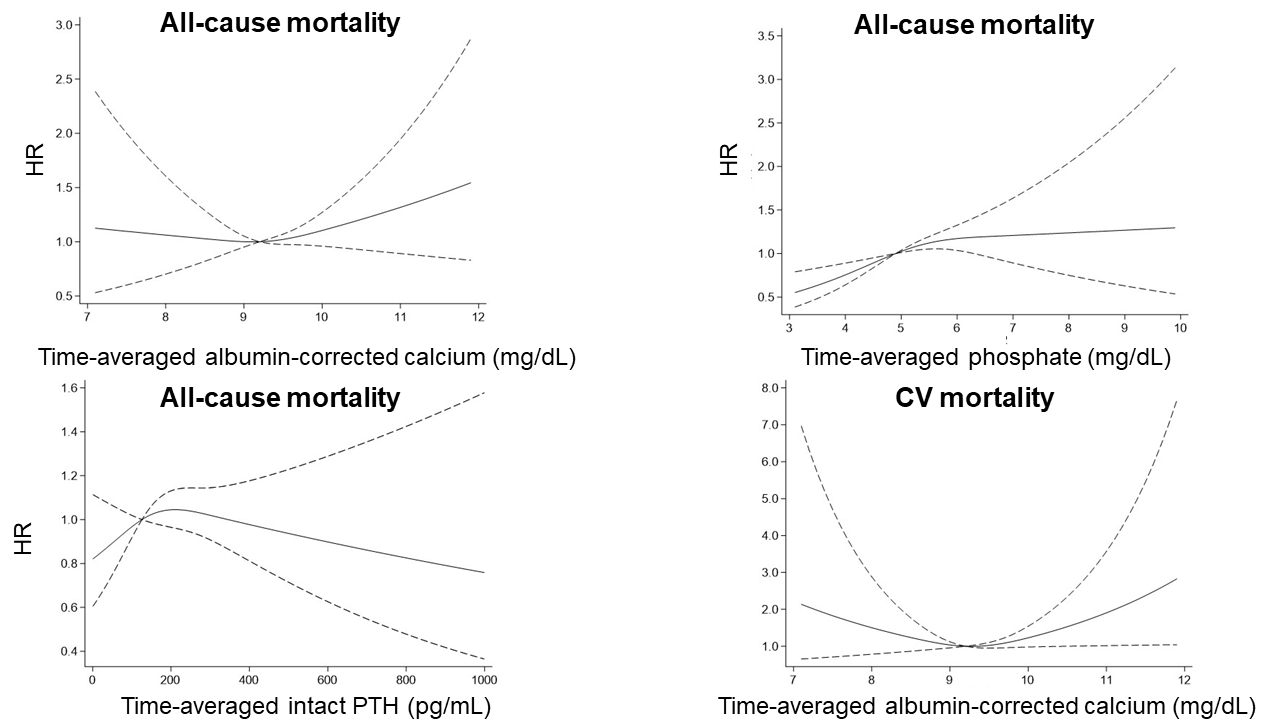