A 38-year-old woman recently immigrated from Senegal was referred for NS evaluation. Her exam was notable for a normal blood pressure, 1+ bipedal edema and eczematous lichenified lesions on her back, shoulders, hands and feet. Additional history taking elicited use of several skin lightening products for more than 10 years, which prompted testing for mercury levels. See Table1 for laboratory results, and Figure1 for biopsy findings. She received diuretics, ARB and high-intensity statin therapy and received no immunosuppression. In consultation with toxicology, she was treated with dimercaptosuccinic acid. After her first round of chelation, her proteinuria mildly improved, her serum mercury level decreased by half while her urine mercury levels appropriately rose. Additional chelation is planned.

Although rare, M-MN can be encountered in the US despite the limited use of unregulated products containing mercury. We highlight the importance of careful history taking and suggest questioning patients about the use of such products as part of the initial work up and evaluation of NS. 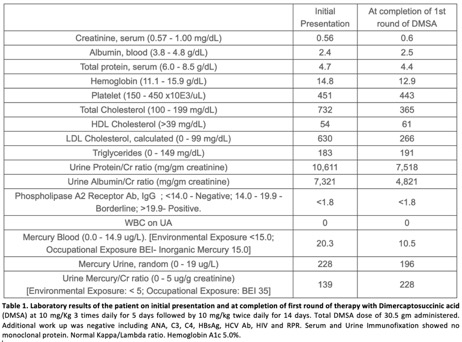 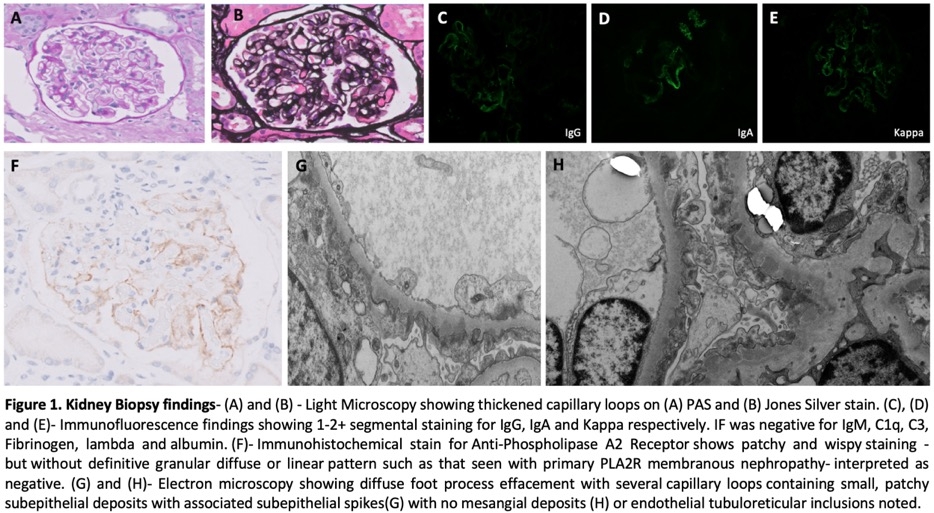