REVEAL CKD: Estimated Glomerular Filtration Rate (eGFR) Decline Before and After a CKD Diagnosis Among Patients With CKD Stage 3

REVEAL CKD: Estimated Glomerular Filtration Rate (eGFR) Decline Before and After a CKD Diagnosis Among Patients With CKD Stage 3

Studies have shown considerably high rates of undiagnosed early-stage CKD despite guidelines recommending that CKD should be diagnosed and managed as soon as possible to slow progression and prevent complications. However, the benefit of an early diagnosis is not yet fully understood. The aim of this analysis was to describe the potential change in slope of eGFR before and after a CKD diagnosis using data from the REVEAL-CKD study program.

Data were extracted from the US TriNetX database for patients aged ≥18 years with two consecutive eGFR records ≥30 and <60 mL/min/1.73m2 recorded 91-730 days apart from 2015-2020 with an ICD-9/ICD-10 code for CKD after ≥6 months of follow-up. The eGFR decline was estimated before and after CKD diagnosis by fitting an individual linear regression model with time to diagnosis as the only independent variable for the 2-year period before, and up to 2-year period after CKD diagnosis. Estimated slopes were summarized using medians and compared before and after diagnosis using the Wilcoxon rank sum test. The eGFR trajectories over time were estimated by applying a generalized additive model (GAM).

A significant slowing in eGFR decline was observed after a CKD stage 3 diagnosis. This finding may be partially explained by the natural course of renal function decline, and also improved care post-diagnosis given the marked difference around the time of diagnosis. Future analyses will explore initiation of targeted monitoring and treatment in response to a formal diagnosis. 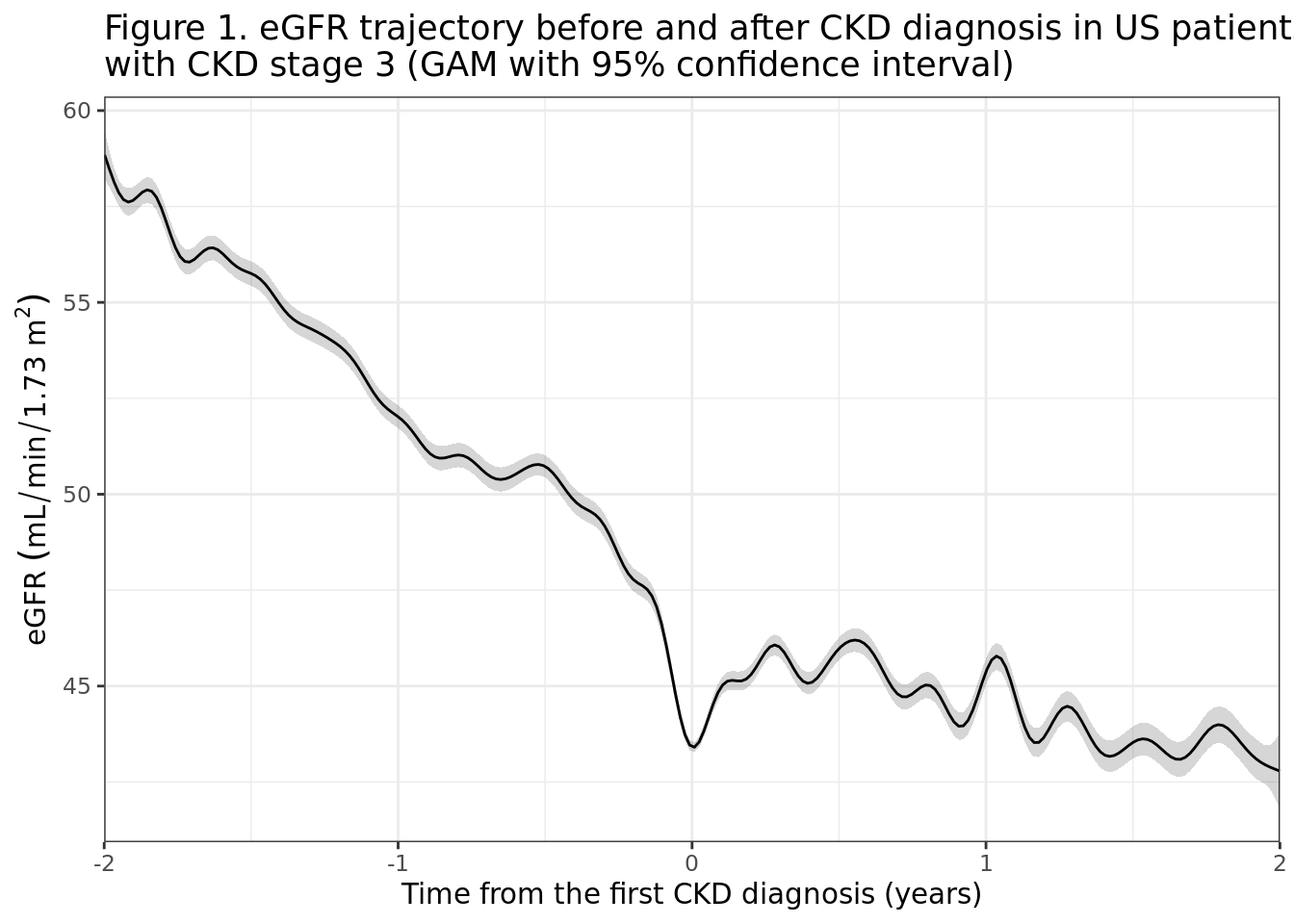