The excess risk of atheromatous cardiovascular disease (CVD) in men vs women is well-known in the general population. CKD increases the risks of both atheromatous and non-atheromatous CVD (ACVD, N-ACVD), but gender-related differences in risk by CVD type are poorly documented.

In CKD patients, the burden of ACVD is higher in men than in women, and largely explained by their higher prevalence of CV risk factors. In contrast, the risk of N-ACVD appears to be similar in both genders and closely associated with kidney function, suggesting a more prominent role of CKD specific risk factors including volume disorders and uremic toxins. 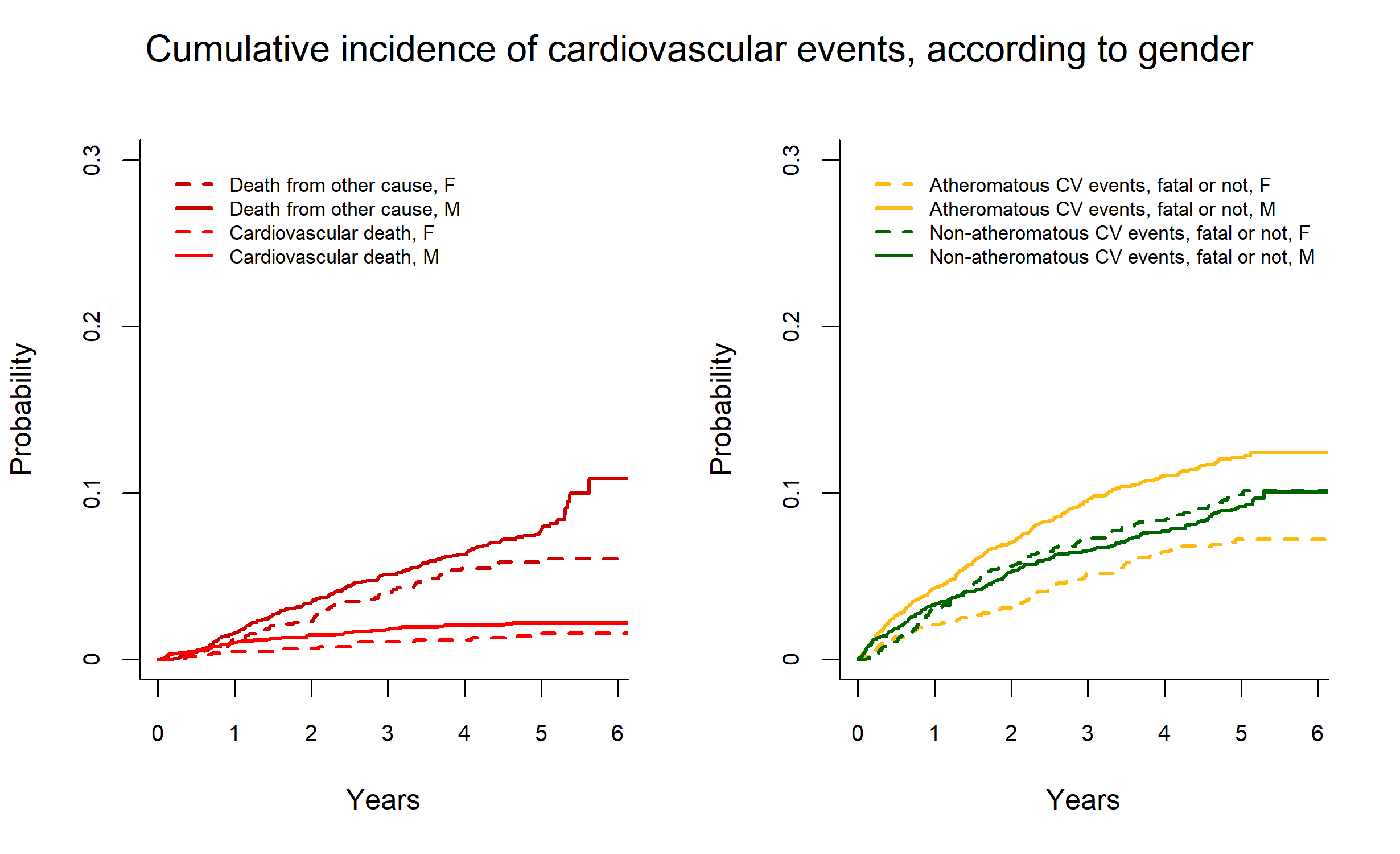