It's Not What It Looks Like: Obstructive Nephropathy in a Patient With Cervical Cancer

It's Not What It Looks Like: Obstructive Nephropathy in a Patient With Cervical Cancer

Genitourinary complications may result from pelvic radiation therapy. We present a patient with history of cervical cancer with radiation-induced inflammation leading to recurrent obstructive nephropathy.

We report a case of severe radiation-induced ureteral and bladder inflammation leading to recurrent obstructive nephropathy three months after radiation. Unique aspects include the early onset, involvement of both ureters and bladder, lack of significant hydronephrosis on imaging and profound initial response to steroids. A high index of suspicion for radiation-related obstructive nephropathy should persist, despite an absence of overt hydronephrosis, when evaluating AKI in patients with prior pelvic radiation. 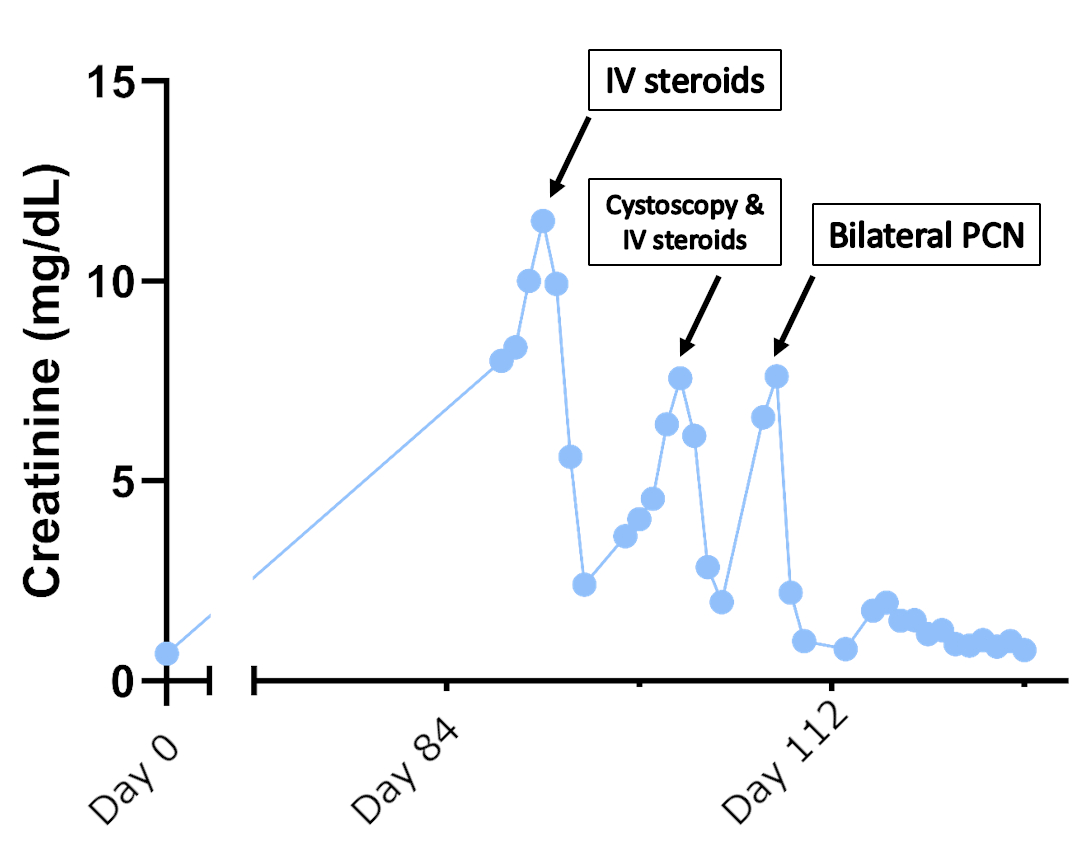