The Urine Protein-Albumin Gap as a Predictor of Multiple Myeloma

The Urine Protein-Albumin Gap as a Predictor of Multiple Myeloma

Multiple myeloma (MM) frequently presents as an unexplained decline in kidney function. Nephrologists often assess for discordance between the urine protein-creatinine ratio (UPCR) and urine albumin-creatinine ratio (UACR) as a proxy for free light chains in the urine consistent with cast nephropathy. However, thresholds for the urine protein-albumin gap (UPCR-UACR) and its association with MM are not well established.

We conducted a population-level, retrospective cohort study of adults in Ontario, Canada with same day measurements of UPCR/UACR and without a history of MM between 2009-2021 (N=28,231) using provincial health data. Individuals were categorized by quartile of urine protein-albumin gap and stratified by UPCR (≤ or >50 mg/mmol). Multivariable Cox regression models estimated the association between the urine protein-albumin gap and MM. 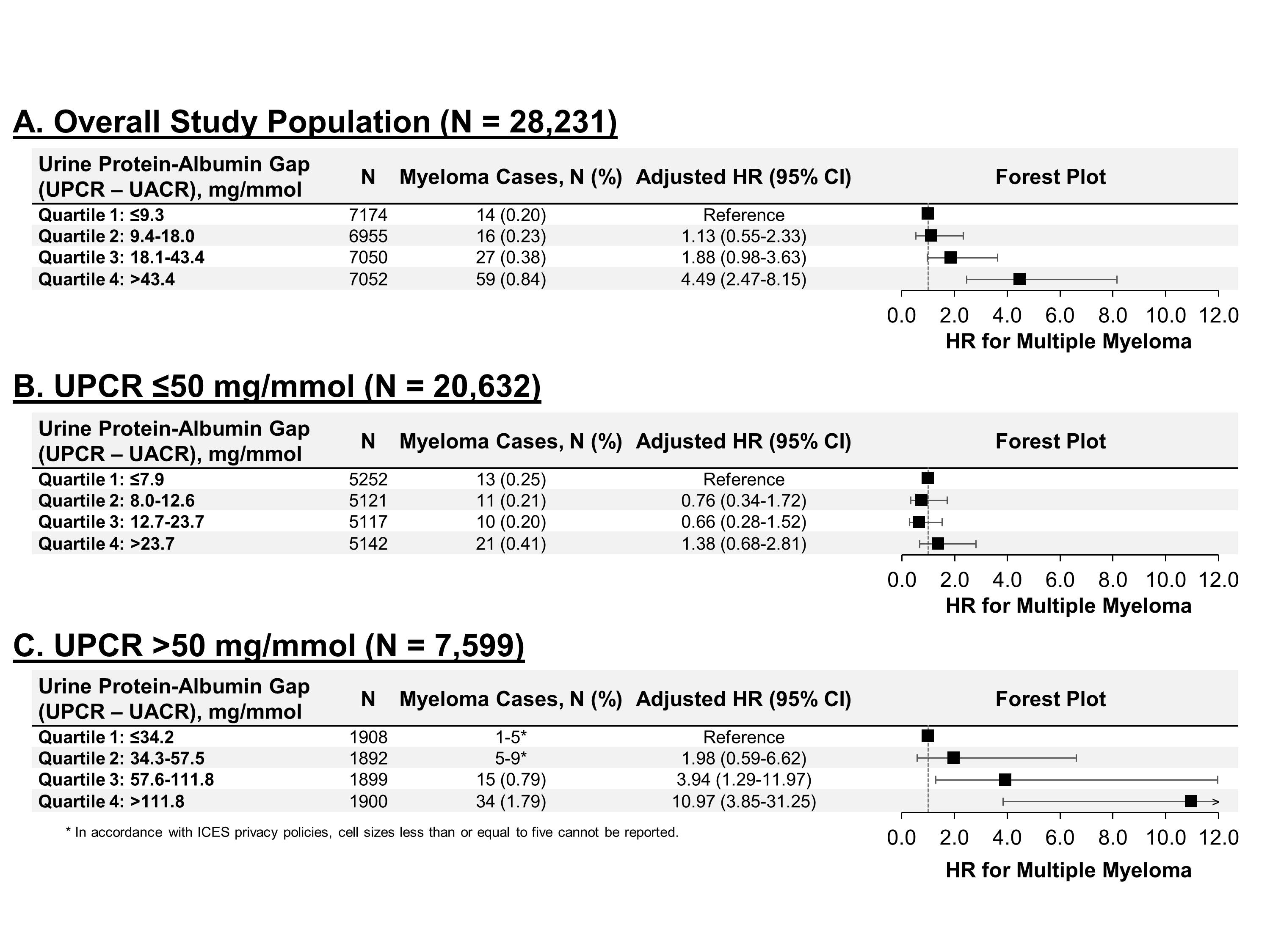