A 24-year-old woman with a history of ESRD on peritoneal dialysis (PD), hypertension, and coronary artery disease presented for abdominal pain and dark stool for two days. Symptoms were associated with a decrease in drain and cloudiness of PD fluid. Laboratory tests were notable for severe anemia. She was admitted for further management.
PD catheter was not functioning. We initiated empiric vancomycin and cefepime intravenously. On day 3, she had a colonoscopy which showed ulcerations in the cecum. Biopsy revealed crystalline material consistent with sevelamer. PD culture was positive for Enterococcus faecalis and was treated with intraperitoneal vancomycin. Peritonitis is likely due to bacterial translocation in the setting of sevelamer colitis. Sevelamer was discontinued and switched to ferric citrate. She was discharged on day 8 with intraperitoneal vancomycin.

Hyperphosphatemia is a common complication in ESRD and is associated with vascular calcification. Sevelamer is an anion exchanger free of calcium. Sevelamer can crystallize, leading to gastrointestinal mucosal injury. The adverse events are mild in most cases. However, sevelamer rarely causes gastrointestinal (GI) bleeding or severe colitis. As far as we know, this is the first case of sevelamer-induced colitis, which is complicated by PD peritonitis, likely secondary to bacterial translocation. Sevelamer-induced colitis may be underdiagnosed; it can be confirmed by colonoscopy with biopsy. Thus, it is unclear the risk factors of sevelamer-induced colitis. Clinicians need to be aware of these severe adverse events with sevelamer. 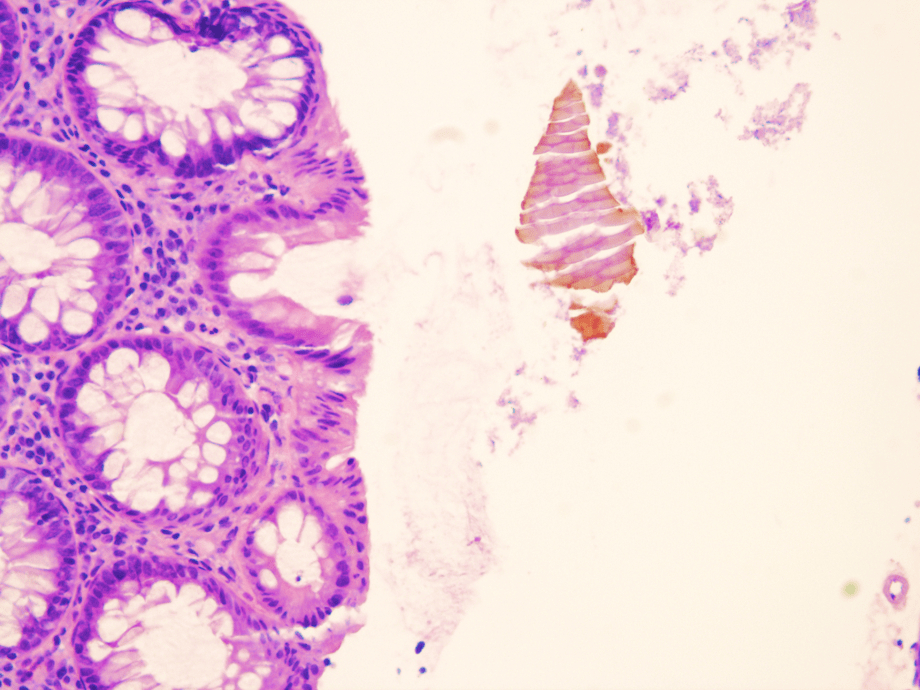