We conducted a retrospective cohort study of living kidney donor-recipient pairs in the Scientific Registry of Transplant Recipients from 2010-2020. Living donors and kidney recipients were geocoded to link with a ZIP code tabulation area-level SDI and outcomes were stratified by donor type (altruistic, biological, non-biological and paired exchange). The association between donor-recipient SDIs were evaluated using Pearson’s correlation.

Living kidney transplants occur across all SDIs, with different representation by donor types. By understanding these differences, we can leverage community resources to better support living donation in areas of neighborhood disadvantage. 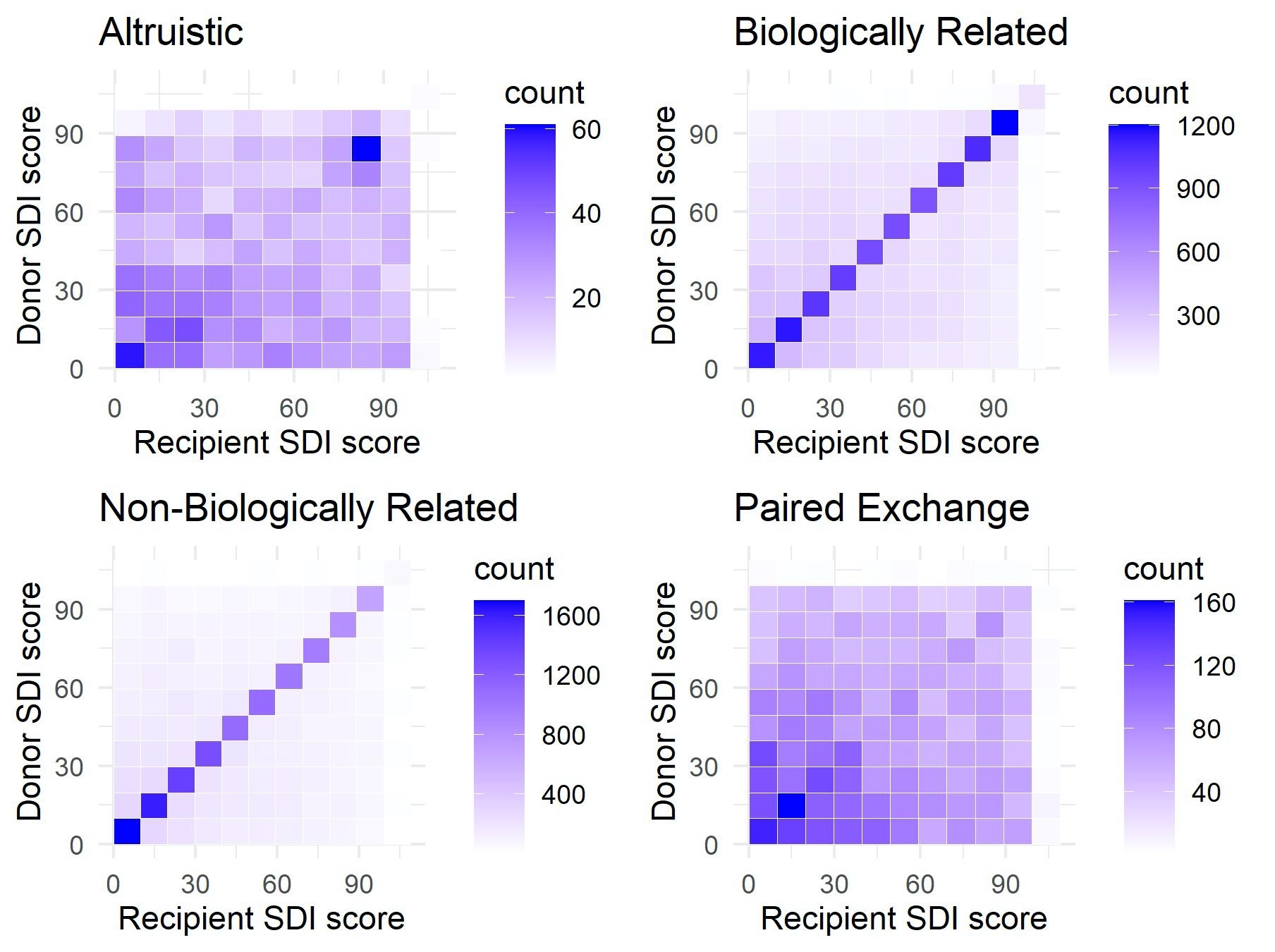