A total of 6,773 unique tweets were generated. 70.8% of tweets contained the hashtag “kidney transplant.” The most popular terms used were “kidney,” “transplant,” and “donor.” Peaks in tweet volumes were noted around World Kidney Day and on the event of a pig kidney xenotransplantation (Fig 1). The top Twitter users were private nephrology practices in the US. Sentiment analysis on the tweets in English language showed a general positive sentiment about living kidney organ donation (Fig 2).

There is a lot of positive discussion on Twitter relating to living kidney donation. Further research is needed to determine the impact these social media conversations have on actual donation. 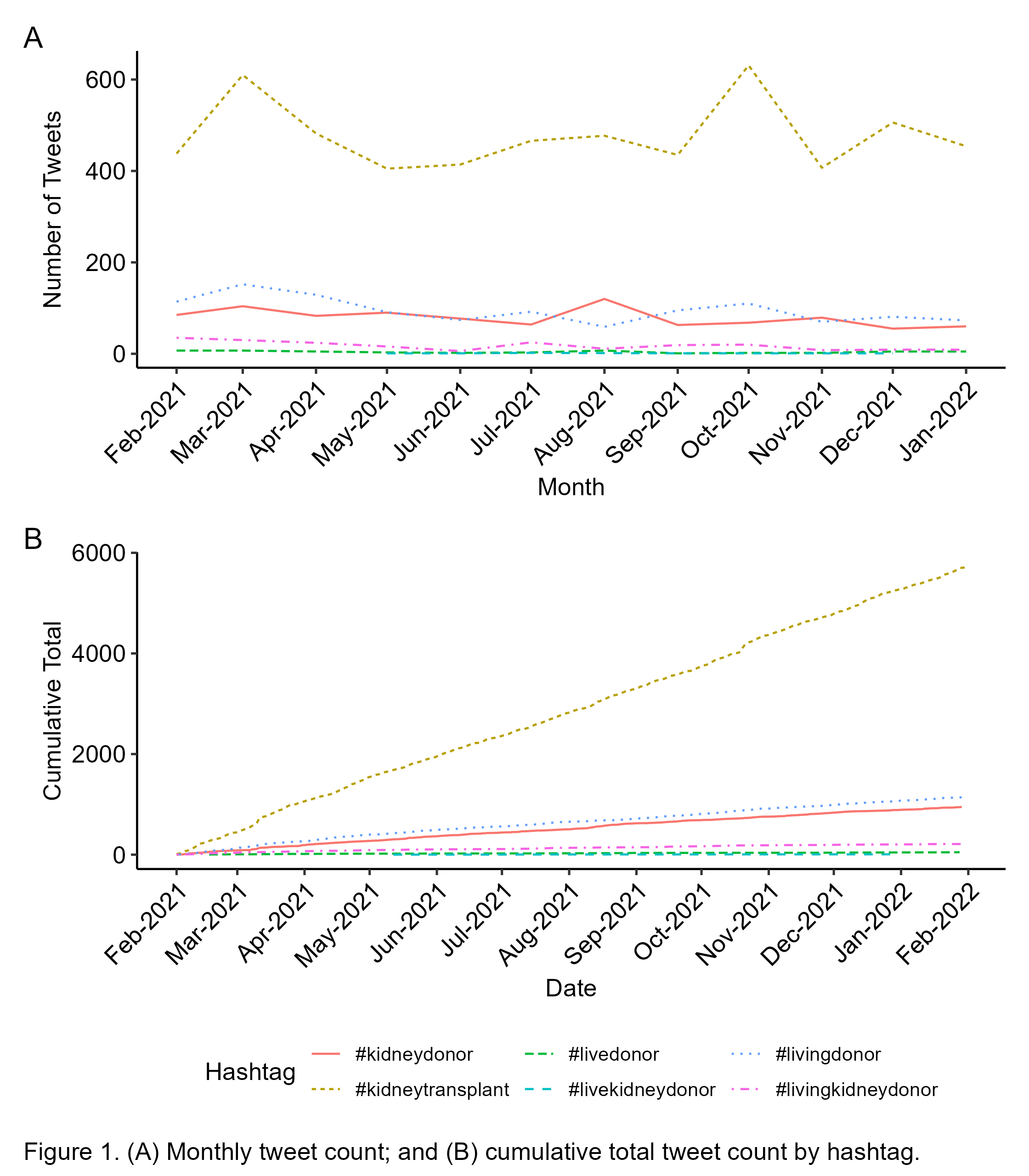 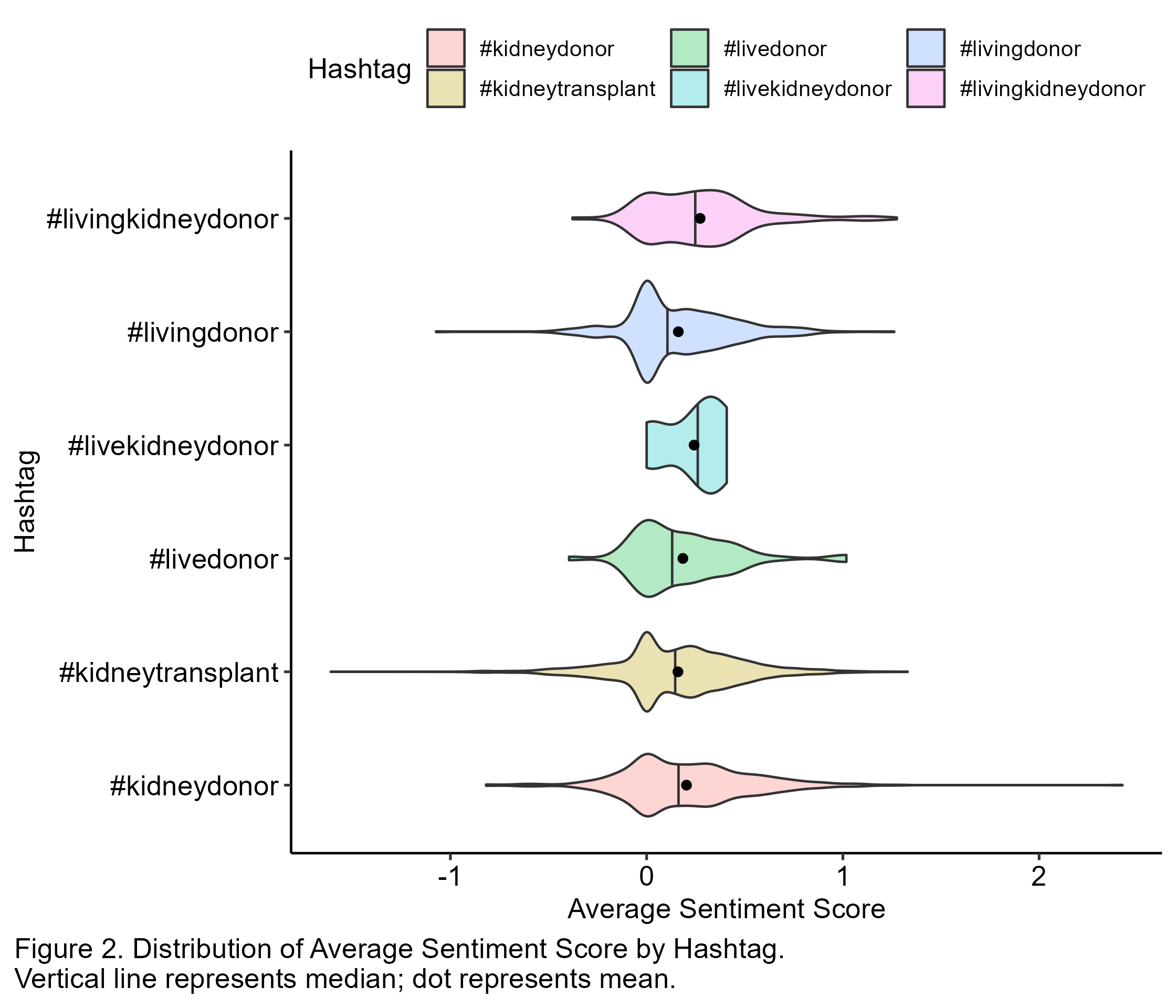