Poor intrauterine environment, such as maternal malnutrition, impairs nephron endowment and increases the risk of chronic kidney disease in adulthood in the next generation. We have previously demonstrated that methionine metabolism has an important role in mediating the negative effects of caloric restriction during pregnancy on nephron endowment. As methionine has an important role in epigenetic control of gene expression, we examined the effects of malnutrition on gene methylation in nephron progenitor cells.

The caloric intake of pregnant mice was limited to 70% of daily intake. Nephron progenitor cells (NPCs) were sorted using transgenic mice with specific GFP labeling. DNA from NPCs was extracted, and the methylation pattern was characterized and analyzed using reduced representation bisulfite sequencing. The data acquired was cross-referenced with chromatin accessibility and histone modification data of nephron progenitor cells. The findings were validated using RT-qPCR. In addition, the effects of methionine on methylation patterns were evaluated using Bisulfite Amplicon Sequencing.

Caloric restriction during pregnancy leads to a global decrease in DNA methylation in nephron progenitor cells compared to control. Specific changes in DNA methylation were localized to gene promoters, enhancers, and transcription factor binding sites. These effects were present throughout the genome, including genes involved in nephrogenesis and pivotal intracellular signaling pathways, in accordance with the changes in expression profile.

This study is the first evidence that maternal malnutrition during pregnancy impairs nephrogenesis by modifying epigenetic remodeling in NPCs, presumably mediated by methionine. 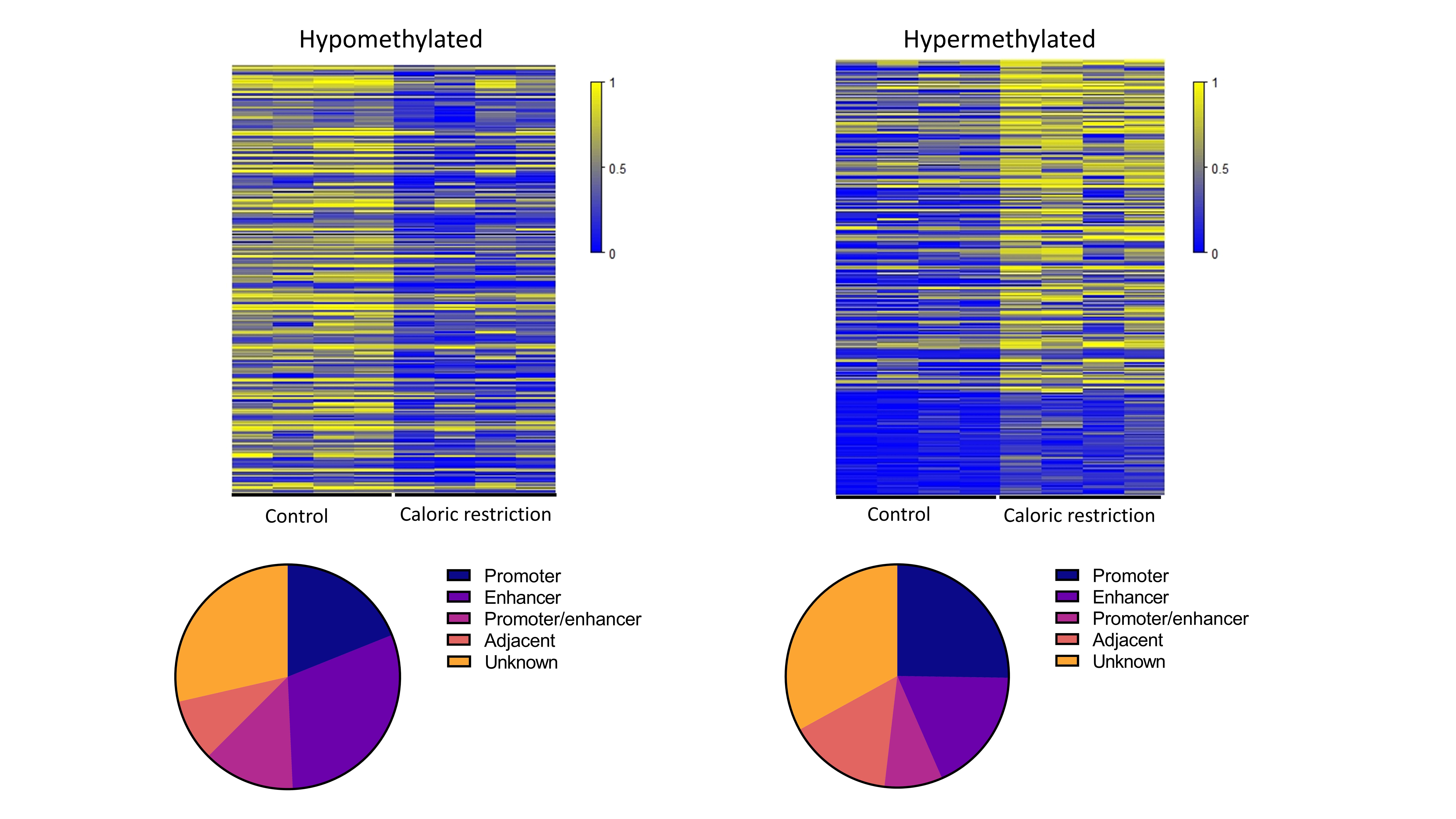