Metabolomics of Uremic Symptoms in CKD

Metabolomics of Uremic Symptoms in CKD

Metabolomics may advance our understanding of the biologic pathways contributing to uremic symptoms. Results from this hypothesis-generating study identify metabolites that may contribute to symptoms and warrant further investigation. 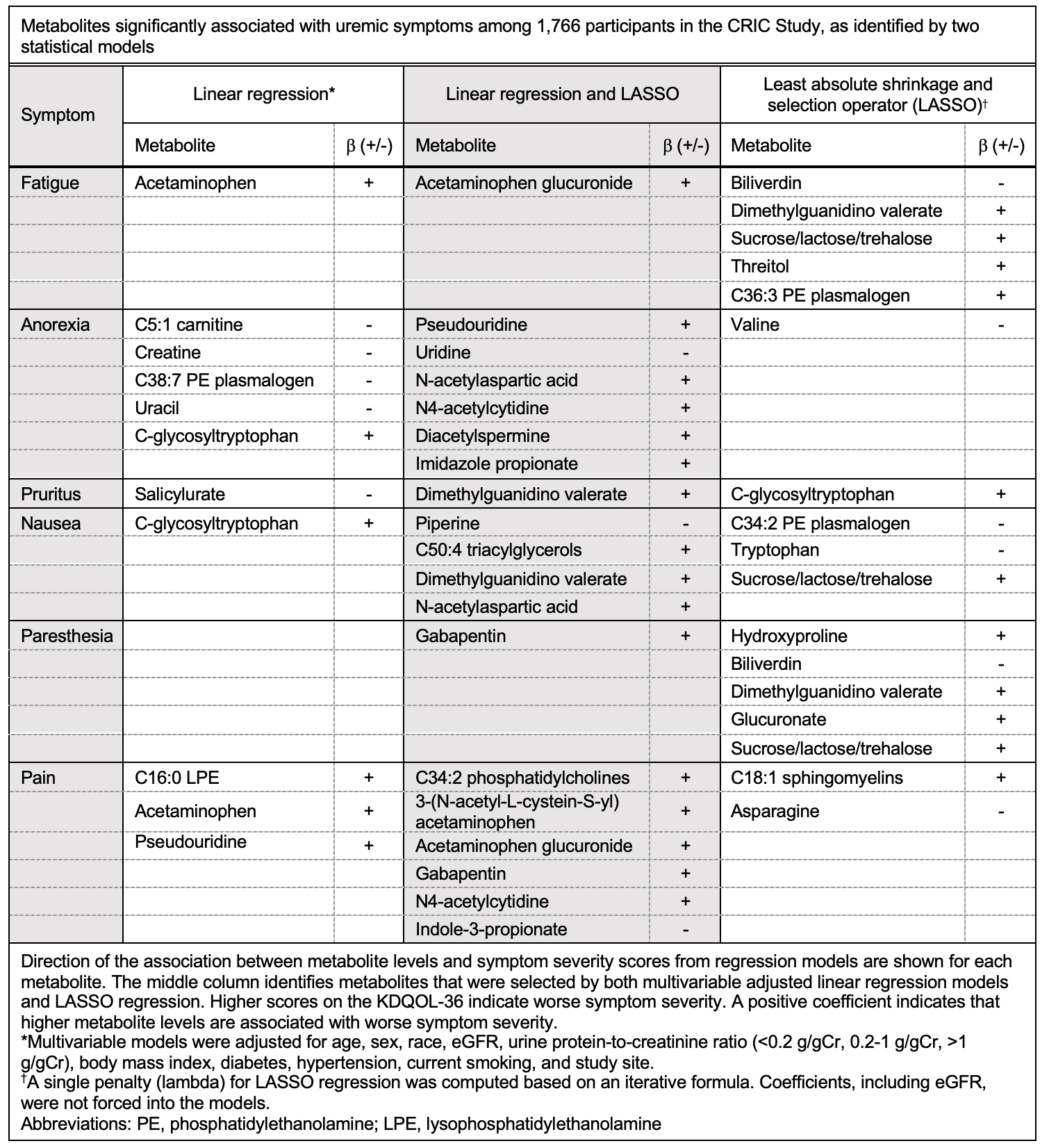