Elevated N-terminal pro B-type natriuretic peptide (NT-proBNP) accompanies cardiac dysfunction and hypervolemia and is a potent predictor of adverse outcomes in patients initiating hemodialysis (HD). These patients often experience intradialytic hypotension (IDH), which may partially reflect cardiac dysfunction, but the association of NT-proBNP with IDH is not clear. 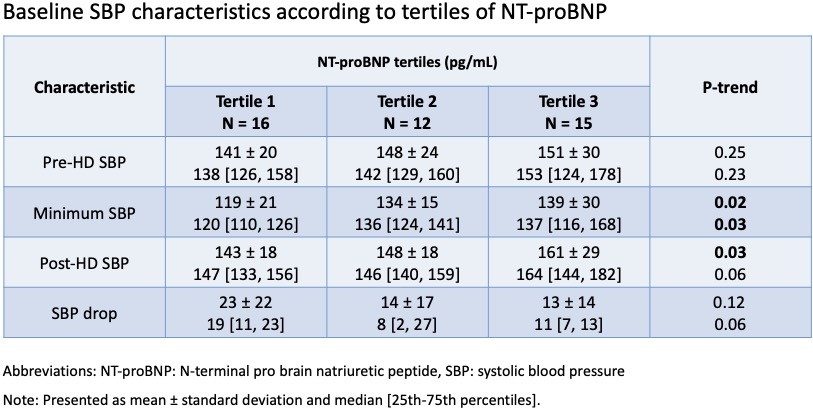