The incidence of diabetic kidney disease is increasing world wide. Development of novel therapeutics is hampered by the lack of animal models since most models only resemble the early phases of the disease. We developed a translational diet-induced mouse model. To evaluate which phases of diabetic nephropathy could be reached, we investigated decline of renal function over time and quantitatively measured histopathological damage.

Male KKAy mice underwent uninephrectomy (UNX). After a recovery mce were fed a high fat diet (45% LARD) and received 50 mg/L LNNA in the drinking water. Body weight, food and water intake were measured weekly. Retro orbital injection with FITC-inulin were used to measure GFR transdermal over time. UACR was also evaluated over time. Mice were terminated after 20 weeks and kidney damage was quantitatively scored by a team of renal pathologists.

We previously showed that using a dietary intervention in combination with a vasoconstrictor in the drinking water, male KKAy develop hyperglycemia, hyperlipidemia and hypertension. Hyperfiltration was detected as early as 2 weeks after diet induction after which GFR continuously declined until termination (week 20). UACR was strongly increased and reached a plateau phase around week 12. Pathological evaluation revealed that only 18% of the glomeruli were healthy and scoring showed diffuse and nodular mesangial expansion and global glomerulosclerosis, interstitial fibrosis and tubular atrophy and tubulo-interstitial fibrosis.

Time course GFR measurements showed that in male KKAy mice on a HFD and LNNA (50 mg/L) the kidney goes through a period of hyperfiltration followed by continuous decline resulting in significant renal pathology. Together with a maximized UACR this indicated that the model reached the overt phase (4) of disease development and can be used to studied the more advanced stages of the disease as well as the early phases. 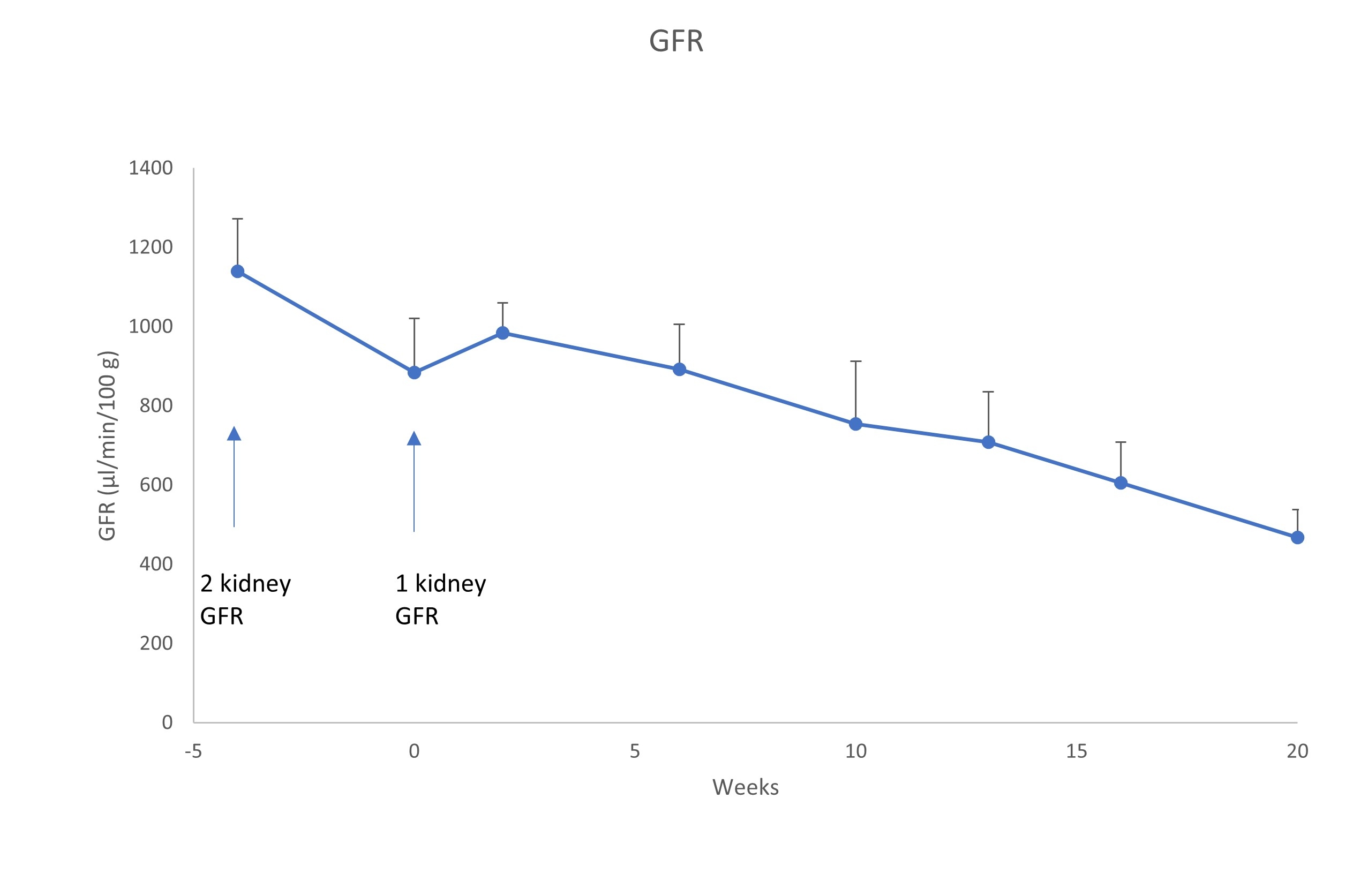