To determine hematopoietic effect and iron metabolism of Rox and Dap, this study involved 64 HD patients who were initially treated with epoetin alfa (EPO), and then switched to Rox on January of 2020. Then, 61 patients were also converted from EPO to daprodustat (Dap) on September of 2020. We measured erythrocyte and iron-related factors at every two weeks after the treatment switch.

These results suggest that Rox may promote faster hematopoiesis by improving iron metabolism earlier than Dap after administration. 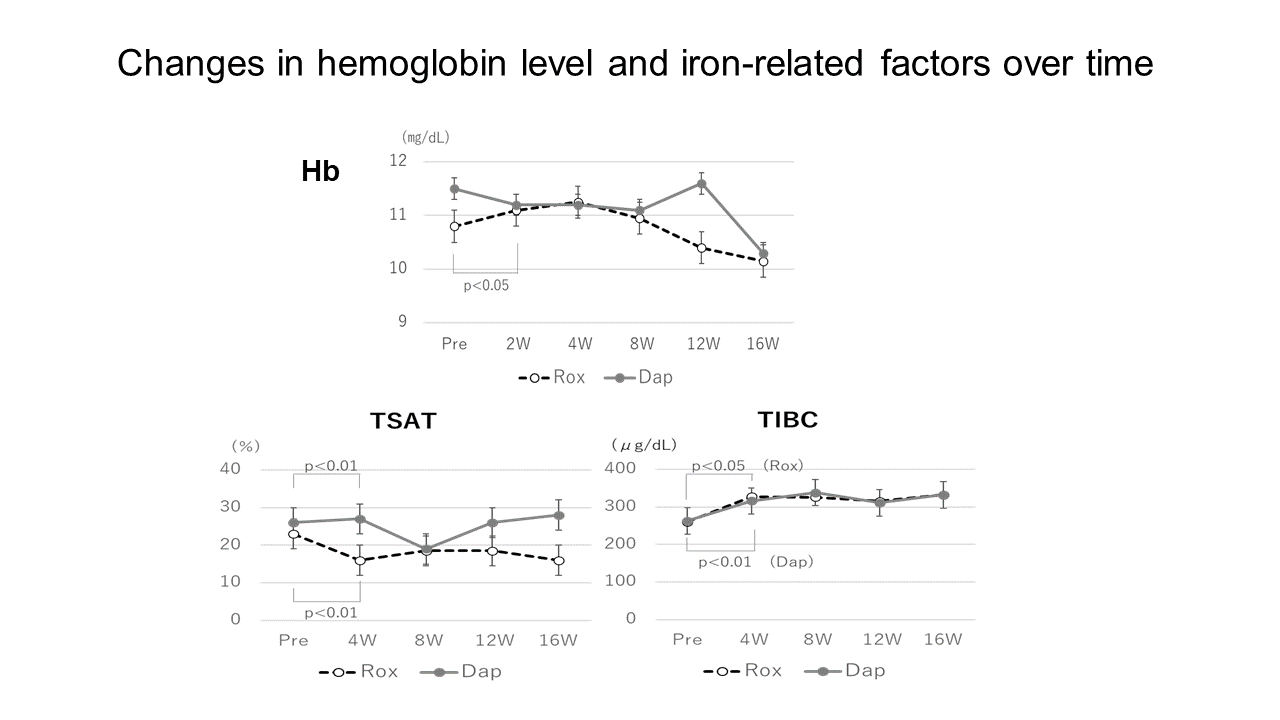