Common Data Model was implemented for inclusion of uniform data from three tertiary hospitals in Korea. The development cohort consisted of living kidney donors at Seoul National University Hospital (N=1074), and the two validation cohorts consisted of 2595 and 189 living kidney donors from other hospitals in Korea. Logistic regression analysis was performed for insufficient kidney function recovery, comprising estimated glomerular filtration rates (eGFRs) <60 and <50 mL/min/1.73 m2 . Variables that were associated with most of these study outcomes were selected for construction of the final prediction model, a multivariable logistic regression model.

Among the study cohorts, 10%-35% of living kidney donors had an eGFR <60 mL/min/1.73 m2 and 3%-9% had an eGFR <50 mL/min/1.73 m2 in the outcome-assessment period. Older age, male sex, higher body mass index, lower baseline eGFR, higher serum uric acid concentration, and the occurrence of postoperative acute kidney injury were included in the final prediction model. The model yielded acceptable discriminative power (AUC≥0.88) in both the development and validation cohorts. The calibration results were also acceptable (Hosmer-Lemeshow test, all P values but one were >0.05. A risk calculator for the four study outcomes was developed and published online (https://snuhnephrology.github.io/). 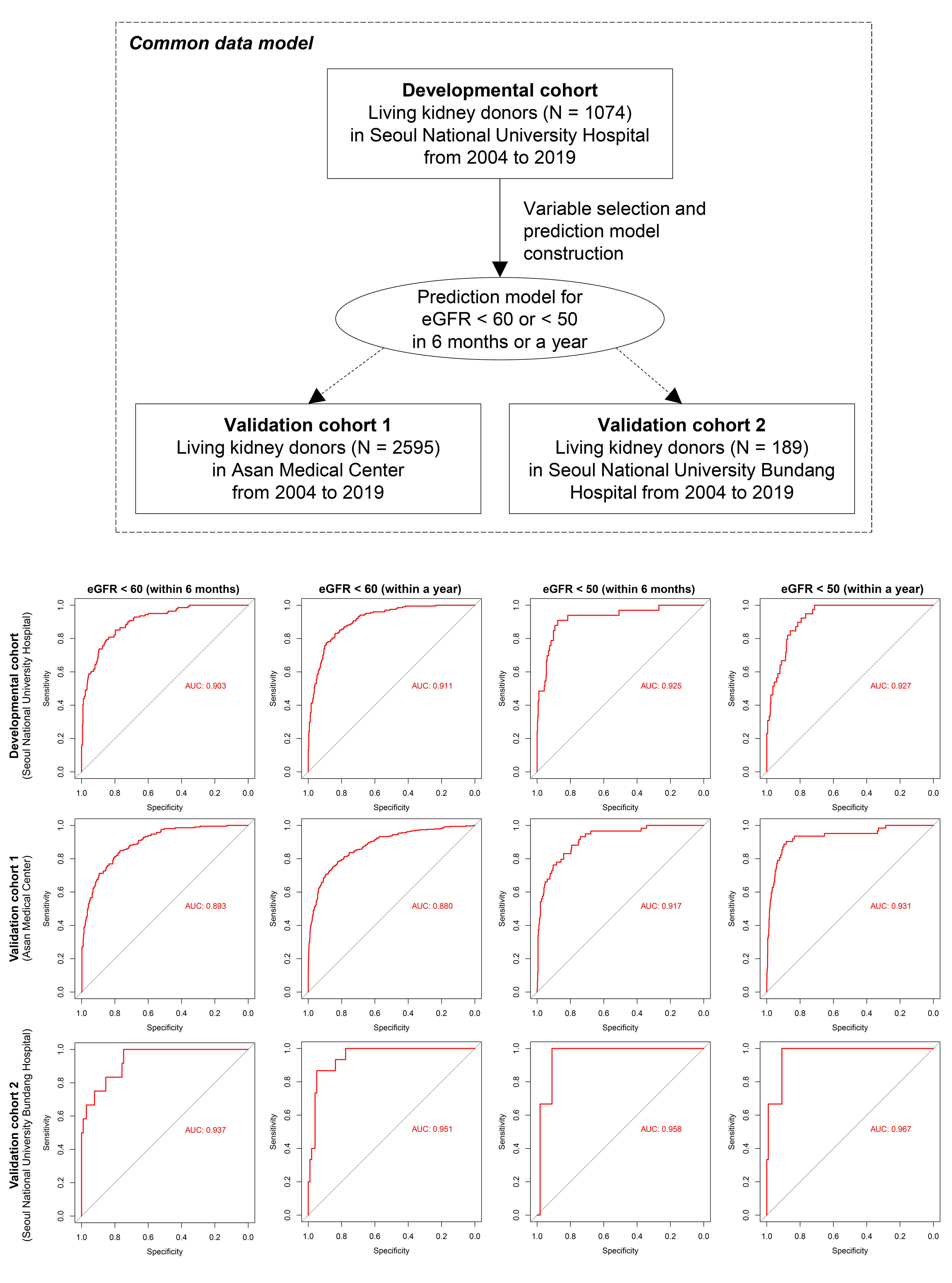