The most abundant cell in the kidney, proximal tubule (PT) cells, are poorly replicated across 3D kidney organoid models. PTs perform the bulk of renal reabsorption via the work of solute carriers and transporters for nutrients, toxins, and substrates. Defects to these cells often manifest as urinary wasting of nutrients. Studies have suggested role for transcription factor Hnf4a in PT maturation by driving the expression of transporters that impart physiological function to the PT, such as Urat1. Yet, recapitulating PT maturation in kidney organoids remains a challenge for regenerative therapeutics.

We undertook a stepwise approach that mimics early proximal precursor populations. HNF4A+ PTs within organoids were increased through a modified protocol for the directed differentiation of a human induced pluripotent stem cell HNF4A reporter line. This was done by transiently treating organoids with a small-molecule inhibitor of PI3K signaling. RNA-sequencing and immunofluorescent validation were performed to assess organoids for PT maturation genes. 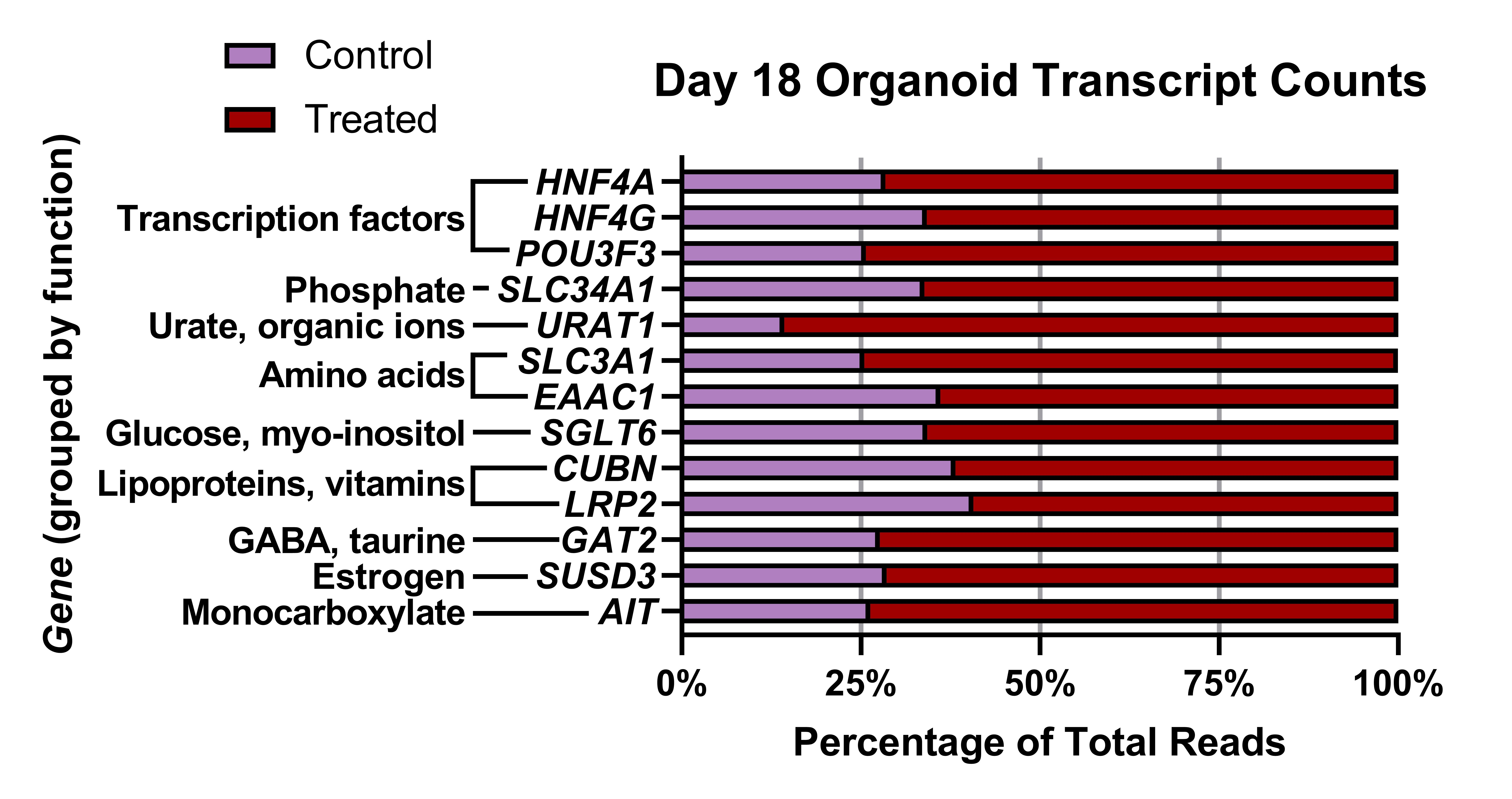