Dispersion patterns of inflammatory cells in kidney tissue are hypothesized to be associated with patient outcomes, yet remain challenging to quantify visually in a standardized fashion. This study developed a deep learning (DL) model to automatically identify lymphocytic inflammation on H&E images.

18 FFPE kidney specimens with moderate to severe inflammation were H&E stained and scanned at 40x, then rescanned after IHC staining for CD3/CD20 (T+B lymphocytes). After co-registering H&E and IHC, lymphocytes were identified as IHC-positive cells, with all other cells being negative. A Hover-Net DL model was trained to segment these IHC-positive cells using 6 whole slide images (WSIs) and tested on 12 WSIs. Model generalization was evaluated on NEPTUNE WSIs (visual inspection). Cell graphs were calculated to characterize the topology of the lymphocytic microenvironment. The predicted topology on H&E was compared to the measured topology on IHC via the structural similarity index measure (SSIM).

The training and testing datasets included 22,732 nuclei (12,618 lymphocytes) and 7,984 nuclei (3,712 lymphocytes), respectively. The model precision, recall, f1, and AUC were 0.69, 0.77, 0.73, and 0.74, respectively. The topology-pattern level similarity was high, with mean SSIM of 0.82±0.05 between H&E and IHC WSIs. In the NEPTUNE dataset, the DL model correctly differentiated lymphocytic from non-lymphocytic inflammation. 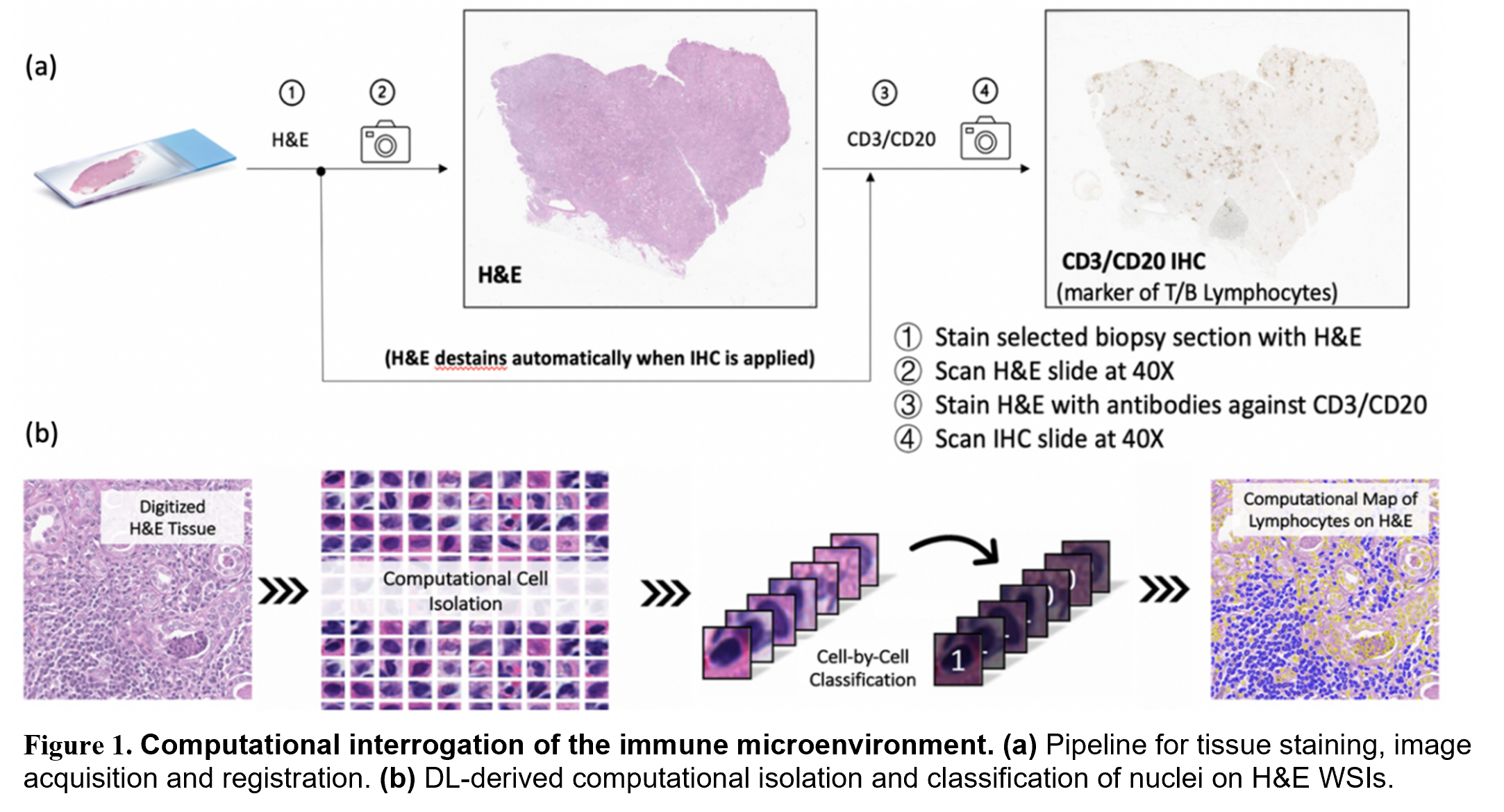