Kidney Transplantation in Elderly Patients With ESKD: A Systematic Review and Meta-Analysis

Kidney Transplantation in Elderly Patients With ESKD: A Systematic Review and Meta-Analysis

Kidney transplantation (KT) provides considerably better survival than dialysis, although this reflects outcomes from young or middle-aged adults. With the increasing average age of patients receiving dialysis, it is expected that elderly patients will prefer KT. Although some studies have examined the prognosis of KT in elderly patients, the solid evidence on whether performing a kidney transplant is more effective than continued dialysis needs to be evaluated.

In this systematic review and meta-analysis, a literature search was performed in PubMed/MEDLINE until August 25, 2021, for studies with KT and dialysis therapy in elderly patients as key terms. Primary screenings of 3,116 articles were performed to include observational studies with patients age ≥65 years that compared KT and dialysis and with outcomes (mortality). A total of 17 articles were extracted for a full read as secondary screening. Statistical analysis was performed on mortality, which was the only parameter that could be integrated, and the adjusted hazard ratio (aHR) for each study was evaluated using RevMan (Reviewer Manager). This study was conducted according to the Japanese Society of Nephrology for Chronic Kidney Disease guideline 2023.

On secondary screening, six observational studies were identified that evaluated mortality. The aHR was calculated for four of these studies. Among end-stage kidney disease (ESKD) patients aged ≥65 years, the aHR for mortality of the KT group was 0.52 (95% confidence interval [CI]: 0.47-0.56), which was significantly lower than that of the dialysis group (mainly patients on waiting list). A sub-analysis of three studies for only patients aged ≥70 years, showed that the mortality risk was significantly lower in the KT group (aHR: 0.61, 95% CI: 0.55-0.67).

This study showed that compared with dialysis therapy, KT was associated with lower mortality in elderly ESKD patients. 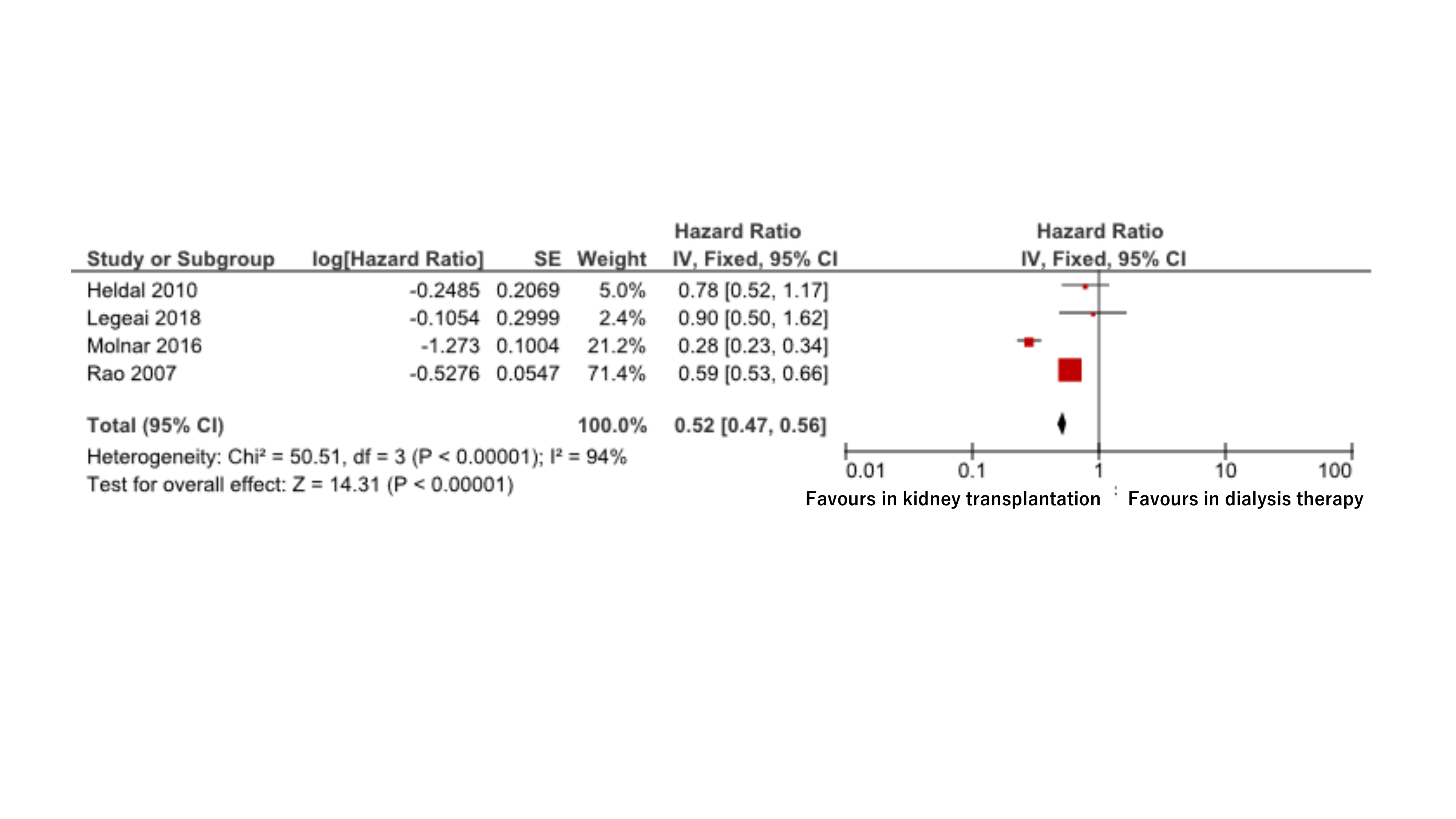