A 59-year-old woman with a ten years history of CKD on HD with a left BC AVF. She attended her scheduled HD session with no symptoms; minutes after the start of her session, she presented dyspnea, hypoxemia, hypotension, and sudden neurological deterioration requiring mechanical ventilation. A non-contrasted head CT demonstrated air embolism in the cortical veins of the bilateral parietal region. Our center had no hyperbaric oxygen therapy chamber, so Fi02 was increased to 1.0 and continued supportive care. TTE reported dilatation of the right atrium and ventricle, severe tricuspid insufficiency, and pulmonary hypertension. Patent foramen ovale was ruled out. 48 hours after, there was no neurological improvement, so a new head CT was ordered, finding parietal ischemic areas and no evidence of air embolism. Ventilator-associated pneumonia and non-ST elevation myocardial infarction complicated her hospitalization. On her fifth day, she developed VF with a subsequent cardiac arrest that did not respond to resuscitation maneuvers

Due to the current safety mechanisms in hemodialysis units, such as air tramps, a systemic air embolism is an infrequent event. Few cases in patients with AVF with fatal outcomes have been reported in contemporary literature. This case demonstrates the importance of maintaining a high index of suspicion to recognize this clinical entity in patients who present sudden cardiopulmonary and neurological alterations during HD. Alarms in hemodialysis units may not detect the unnoticed passage of air to the patient. 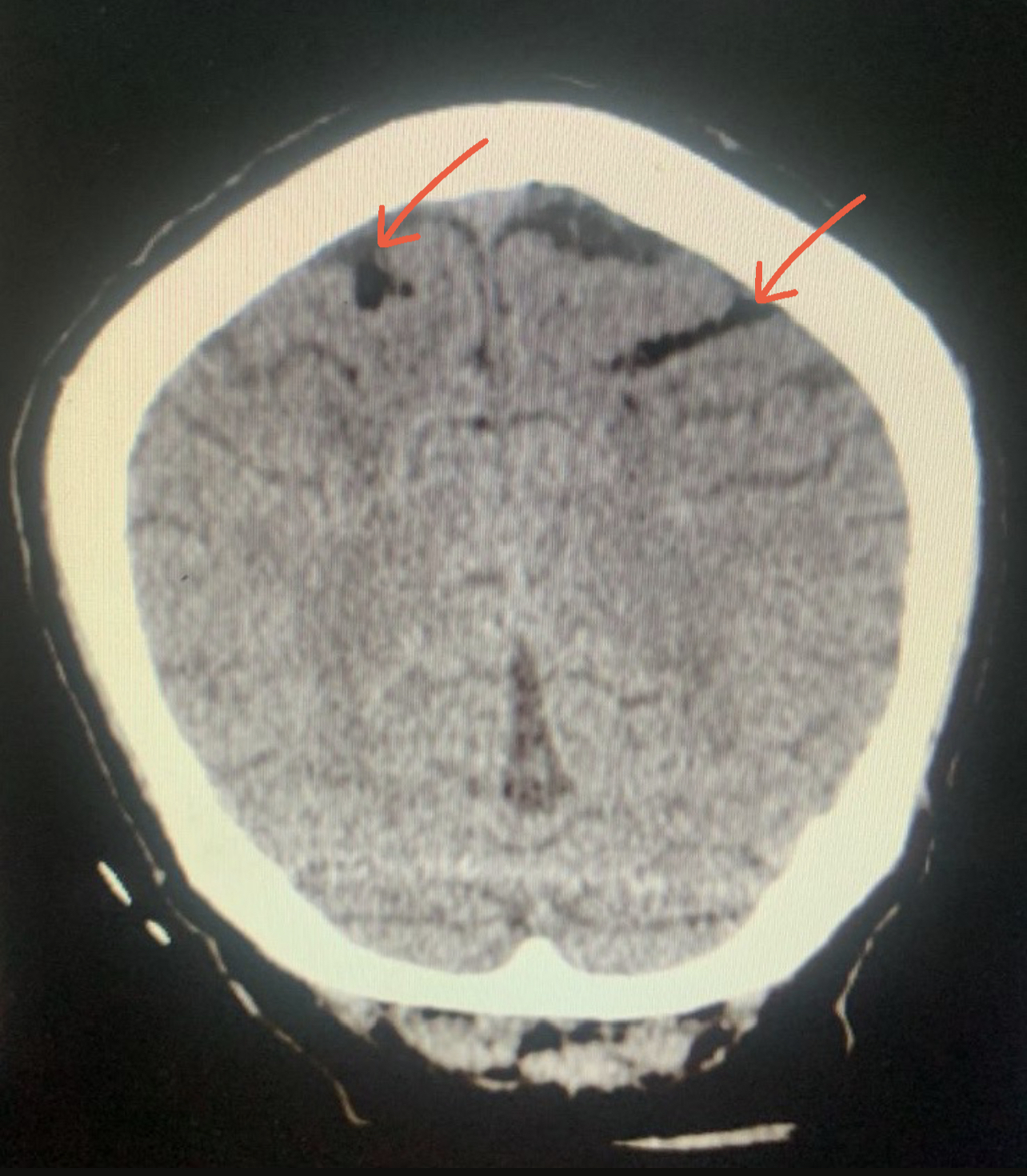