OSA is highly prevalent and underdiagnosed in in-center hemodialysis patients (ICHD). Diagnosis of OSA by simultaneous utilization of CLD monitor and portable sleep apnea testing devices has not been well studied. The CLD detects changes in relative blood volume and continuous arterial O2 saturation (SaO2) data during ICHD. We conducted a study to compare SaO2 changes on CLD to a validated OSA monitor, Alice NightOne (Nite1).

This single center study performed a protocolized, nurse-supervised sleep study using simultaneous Nite1 and CLD at a single ICHD in 6 patients with known OSA, 8 high and 10 low-suspicion OSA patients based on screening survey. Data from Nite1 was used to diagnose OSA based on a respiratory event index of ≥5/hr, and compared to the SaO2 oscillation pattern on CLD (figure 1).

21 patients had valid results from both devices during their in-center sleep/dialysis. Mean duration of dialysis was 3.5 ± 0.5 hours. Graphs representing various degrees of suspected OSA on CLD are in figure 1. Using Nite1 as the standard, all 6 known OSA patients had a positive ICHD sleep study, and the CLD SaO2 curves supported OSA. Among those with high suspicion for OSA, 4 of 6 had OSA, and CLD curve was discordant in 2 of the 6 (1 false positive, 1 false negative). In the low suspicion group, 6 of 9 had OSA and only those 6 had Crit-line curves supporting OSA.

The recordings on Crit-Line can provide presumptive evidence of OSA, but validated device confirmation is needed. A protocolized sleep study during ICHD using NiteOne can diagnose OSA. 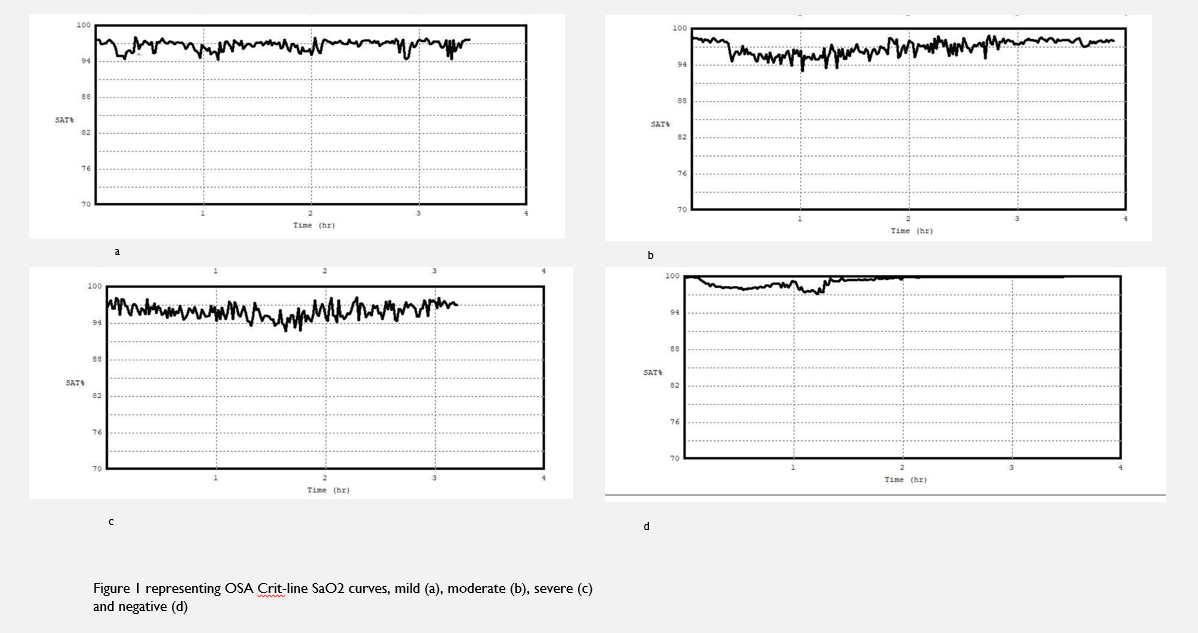