HIOCC, which involves the administration of heated cisplatin solutions during surgical resection of tumors, is associated with a >50% risk of AKI postoperatively. One potential mechanism for cisplatin-associated-AKI (CP-AKI) is the reduced expression and function of magnesium (Mg) transporters in the kidneys. Mg deficiency has been shown to increase renal CP accumulation in proximal tubular cells by downregulating transporters expressed on the apical side of these cells. Administration of Mg restores the expression of these transporters, allowing cisplatin to be secreted into the tubular lumen and then excreted in the urine. We, therefore, aimed to conduct a pilot study testing whether intravenous (IV) Mg reduces the risk of AKI in mesothelioma patients receiving HIOCC.

We conducted a phase 1 pilot study where we administered high doses of IV Mg at 0.5 g/hour for 36 hours (18 g total) in 5 patients receiving HIOCC. The Mg infusion started the night prior to surgery and continued until the morning of postoperative day 1. Serial Mg levels were monitored throughout the infusion. AKI was defined according to the Kidney Disease Improving Global Outcomes criteria as a 1.5-fold rise in serum creatinine (SCr) in the 7 days following the surgery. Adverse events (e.g., flushing, arrhythmia) were recorded.

IV Mg is safe and well-tolerated, and may be associated with a decreased risk of AKI; however, these findings need to be corroborated by a larger randomized controlled trial. 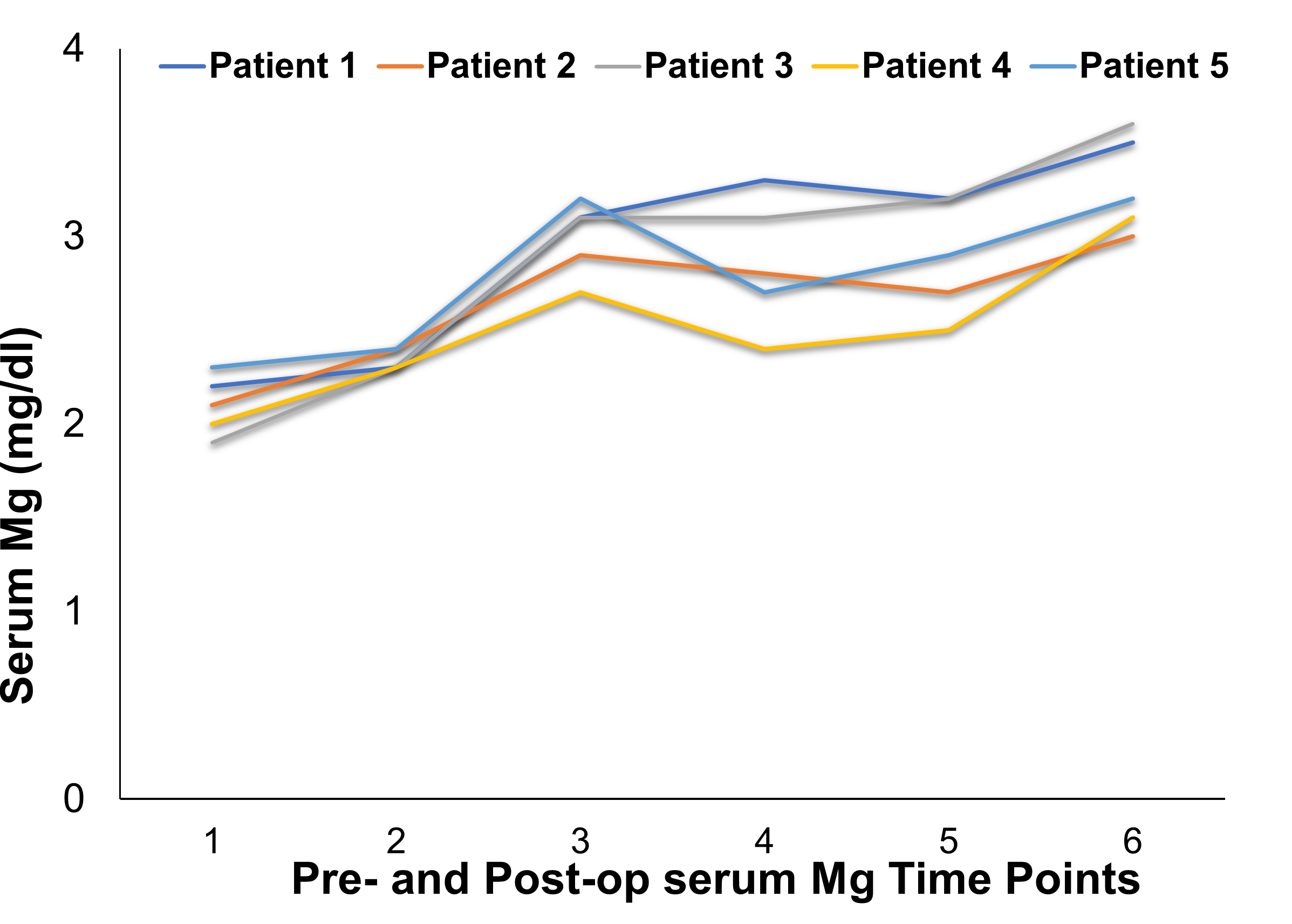