HA380 (Jafron, China) is an hemoperfusion (HP) cartridge applied in septic patients that often developed AKI. We have demonstrated that vancomycin (Van) is absorbed by HA380 during in vitro HP. We recreated an in vitro HP treatment in presence of bacteria to assess the effect of cartridge pre-treated with Van solution.

We compared the effect of 2 mini-modules of the HA380 cartridge. Saline solution enriched with 1g of Van was circulated in HP in one of the cartridges and 545mg of antibiotic were adsorbed by the sorbent beads.
We injected 106 S.aureus bacteria sensitive to Van in 800mL of blood and incubated at 37°C. After 24h blood was partitioned into 3 reservoirs: 200mL were maintained as a negative control; 300mL were circulated in the mini-module previously used with Van solution; 300mL in the other cartridge.
The circulations were performed, simultaneously, in a closed-loop at 250mL/min with a dedicate testing platform for 120 minutes (Figure). Blood was maintained at 37°C and stirred.
Blood samples were drawn at T0 (before partition), T1 and T2 (after 1 and 2 hours of circulation) from the 3 reservoirs. Samples were cultured in cna agar plates to assess the bioburden and in DB Bactec bottles to estimate the time after which the bacteria replication reaches the predetermined growth threshold.

The functionalized mini-module has been more effective in the reduction of the bioburden as the bound Van could be still active. 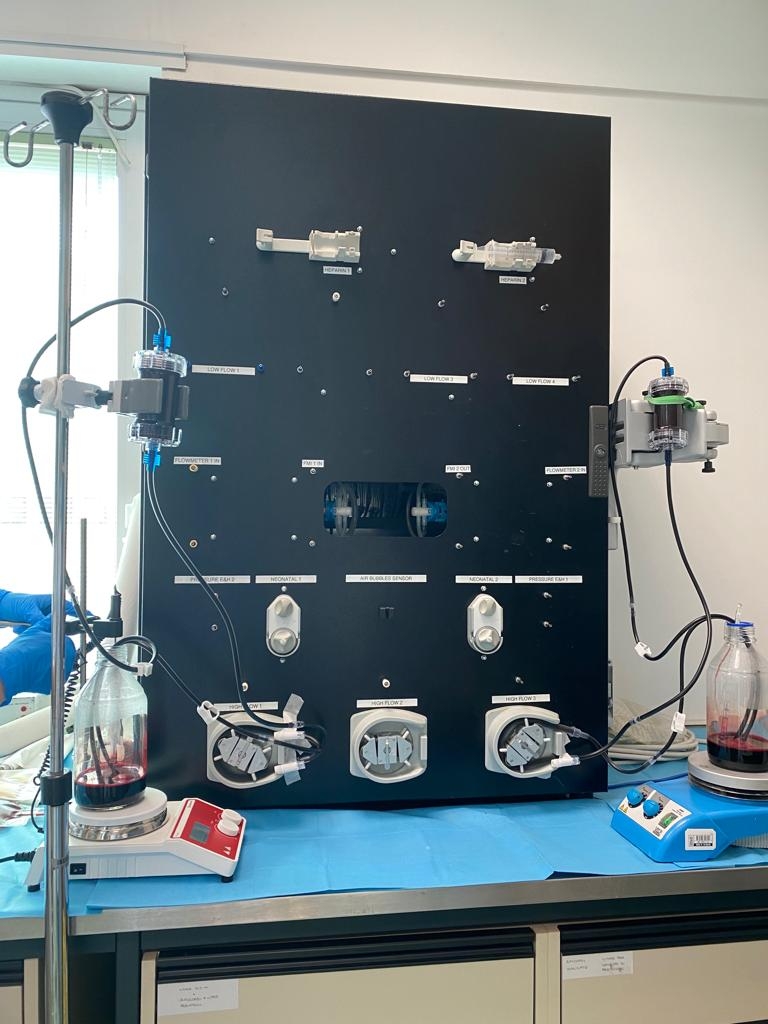