Case I
A 37-yo female was diagnosed in late 2021 with PAaHUS following a preterm delivery by Cesarean section (Figure). She started hemodialysis for oliguric AKI, hyperkalemia and metabolic acidosis. Fiirst plasmapheresis was aborted due to anaphylactic reaction to plasma. She had Eculizumab for 4.5 months; switched to Revalizumab in February 2022. She came off hemodialysis after 23 days. Peak creatinine was 11.53 mg/dL, and the latest creatinine was 1.41 mg/dL in April 2022.

Case II
A 33-yo woman with 3 previous Cesarean sections, and who delivered her fourth child by Cesarean section 8 weeks previously, was diagnosed with PAaHUS, following transfer from an outside unit in late 2012, with weakness, anemia, schistocytes and oliguric acute kidney injury (Figure). She had 14 plasmaphereses alternating with hemodialysis. She came off hemodialysis after about 84 days. She had Eculizumab for nearly 7 years; switched to Revalizumab in December 2019. Peak creatinine was 7.7 mg/dL, and the latest creatinine was 1.64 mg/dL in May 2022.

Although the renal and splenic arteries enhanced with contrast on CT in Case I, the kidneys did not. Whether this is typical of aHUS or if exposure to IV Ketorolac contributed to this picture is unknown. The nearly 60 days’ post-partum presentation for Case II is most unusual. Our patients have done well on continued Ravulizumab, with sustained AKI recovery, more so with Case II now spanning over 9 years. 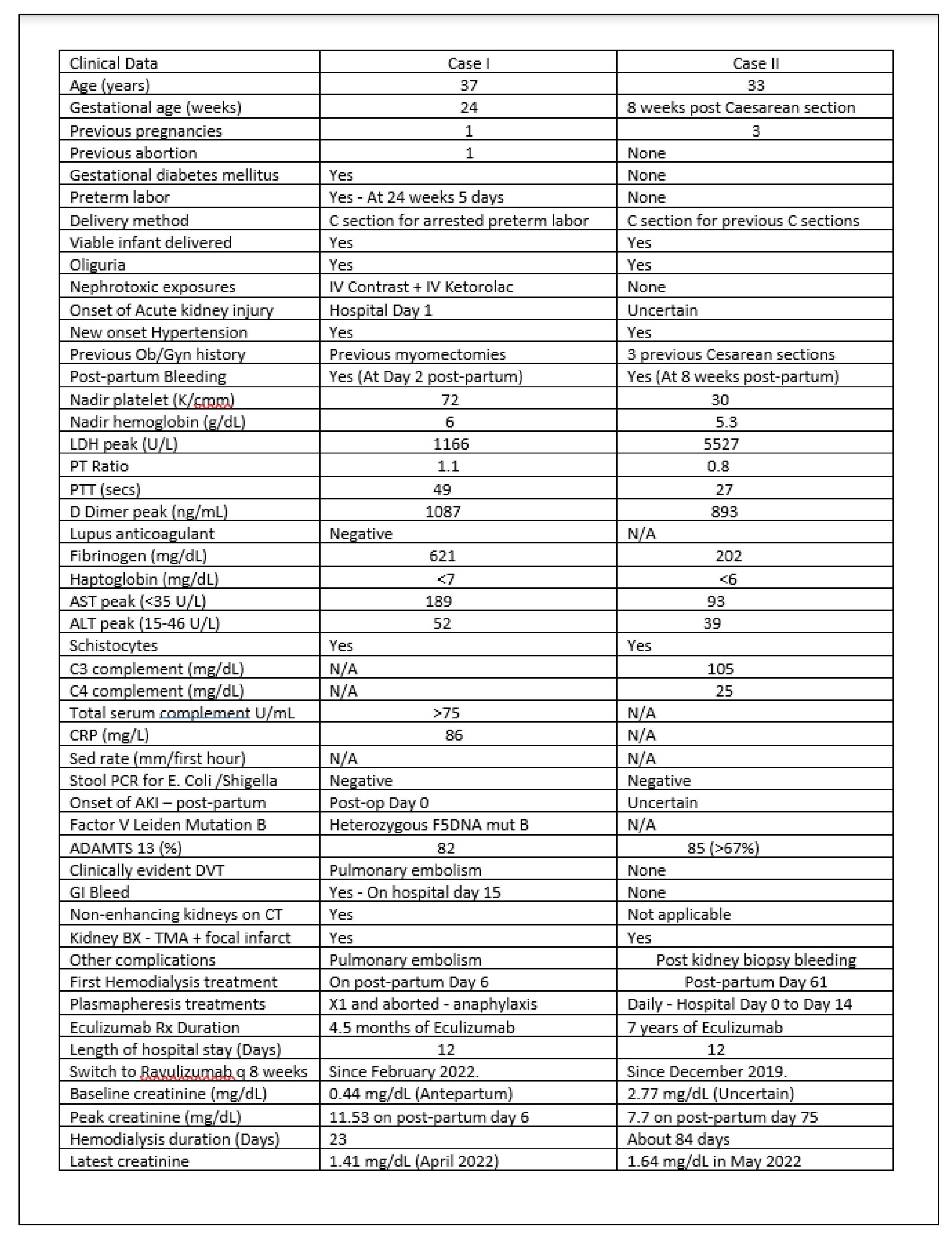 Cases I and II