A total of 1,181 patients with serum bilirubin above 10 mg/dl were enrolled. 672 patients with other known kidney insults were excluded. The remaining 509 patients had a mean maximal bilirubin of 14.7 mg/d (SD±5.8). Of which, eighty-eight patients (17%) developed AKI, defined as bile cast nephropathy. They were mostly female (78%) and had a lower baseline estimated glomerular filtration rate compared to patients with hyperbilirubinemia who did not develop AKI (66 mL/min per 1.73 m2 (IQR 60.8-99.7) and 81 mL/min per 1.73 m2 (IQR 48.7- 80.4), respectively). Most of the patients (63%) had AKI stage 1 and there was no linear correlation between bilirubin level and AKI event.
Renal recovery occurred after a decrease in serum bilirubin to a nadir of 4.19 mg/dl (IQR 1.4-6.8).

The diagnosis of bile cast nephropathy should be considered in patients with hyperbilirubimenia who develop AKI. In most cases AKI is mild and resolves following a decrease in bilirubin levels. This finding suggests that reduction in bilirubin levels may be beneficial among patients who develop AKI, even when no definitive treatment of hyperbilirubinemia is available. 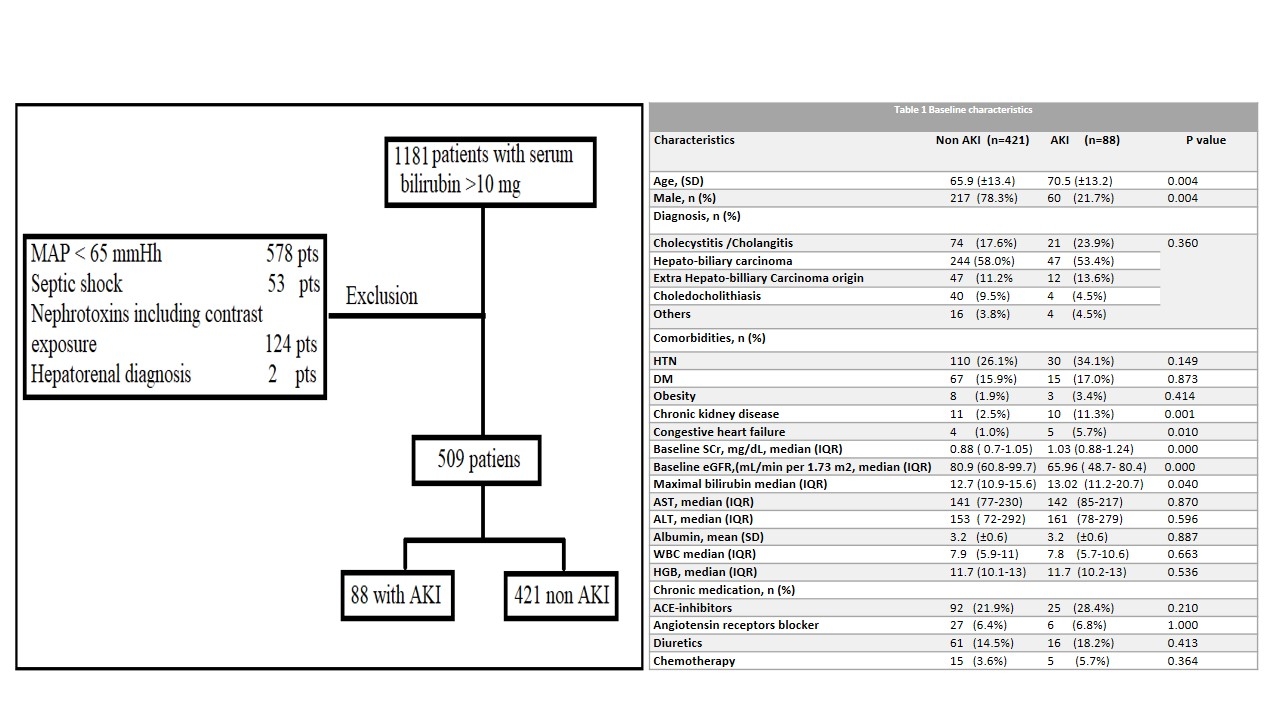