Chronic kidney disease (CKD) has been associated with increased brain microhemorrhages in humans and in animal models. The altered gut microbiome in CKD contributes to the accumulation of uremic toxins such as p-cresyl sulfate (pCS), indoxyl sulfate (IS) and trimethylamine N-oxide (TMAO), which are derived from amino acid catabolism. We hypothesize that these vascular toxins increase brain microhemorrhages, and that suppression of the gut microbiome with broad-spectrum antibiotics in drinking water (Abx) will modify this outcome.

Levels of creatinine and cystatin C were significantly increased in CKD vs control animals and were decreased with Abx water consumption in CKD mice. Consumption of Abx changed the composition of microbiota in the stool samples. More Lactobacillus was observed in CKD and CKD+HAA mice compared to controls. There was an increased abundance of Akkermansia on the HAA diet, and Abx treatment markedly increased gut Enterobacter while suppressing other bacterial taxa. Levels of the uremic toxins pCS, IS and TMAO were significantly increased in CKD groups compared to controls, and TMAO was further increased on the HAA diet. Consumption of Abx in drinking water significantly reduced levels of all 3 toxins and the number of brain microhemorrhages (see table). 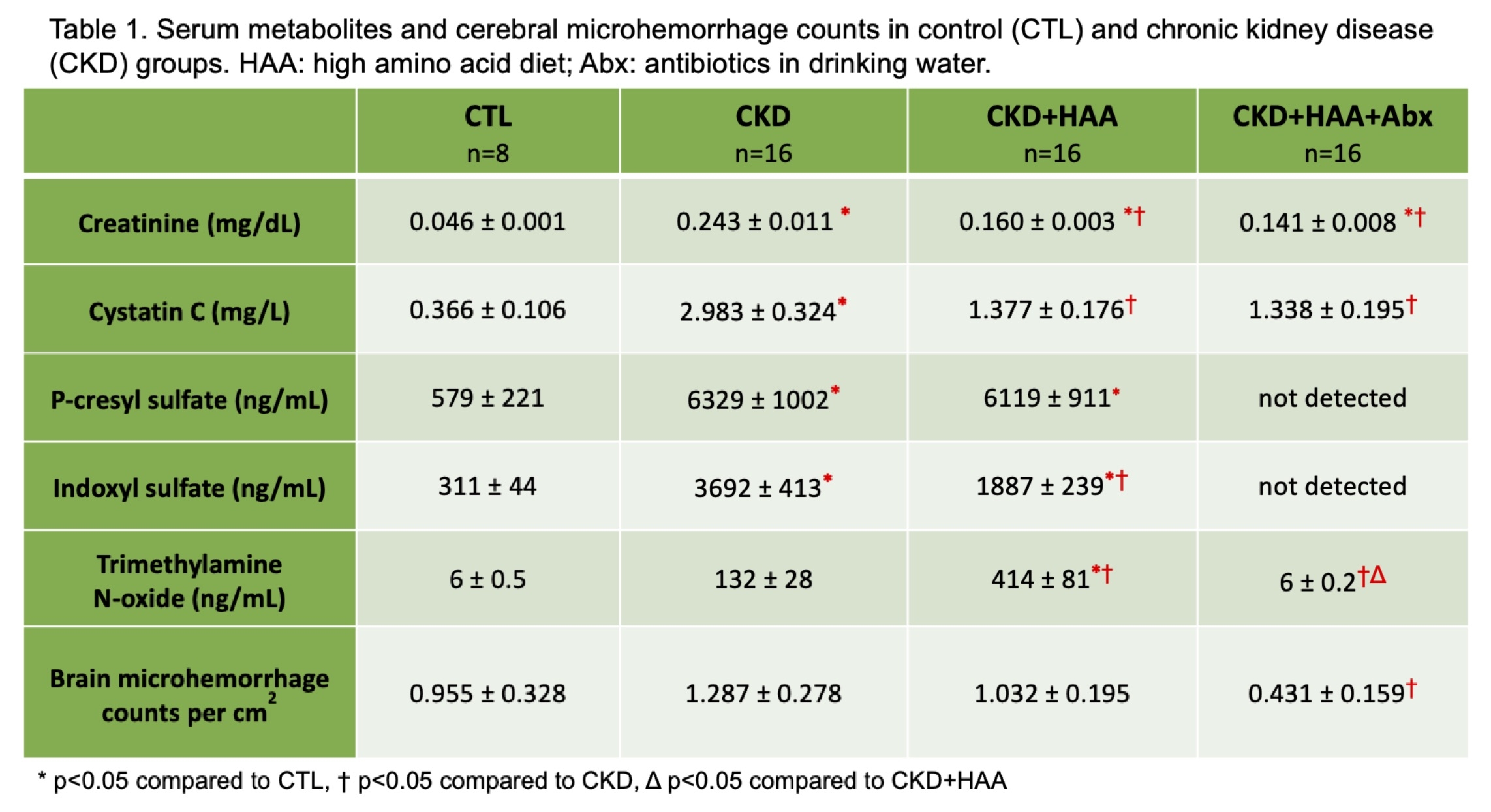