MGRS is found in only 3-4% of CKD with monoclonal gammopathy (MG). Therefore, there is a need for clinical tool to predict the likelihood of MGRS lesions in patients with MG.

The Mayo MGRS score was developed using all patients from 2013 to 2018 with biopsy proven MGRS and available MG and urine monoclonal protein. A multivariable logistic regression model between the predictors and MGRS status was fit. Using the odds ratios, score weights were derived for each variable and a MGRS risk score was computed for each patient. Internal validation of the risk score model was conducted by 10-fold cross-validation.

Mayo MGRS score is a useful tool to assist clinician in assessing the risk of having MGRS and decide who to biopsy. Future external validation study is needed. 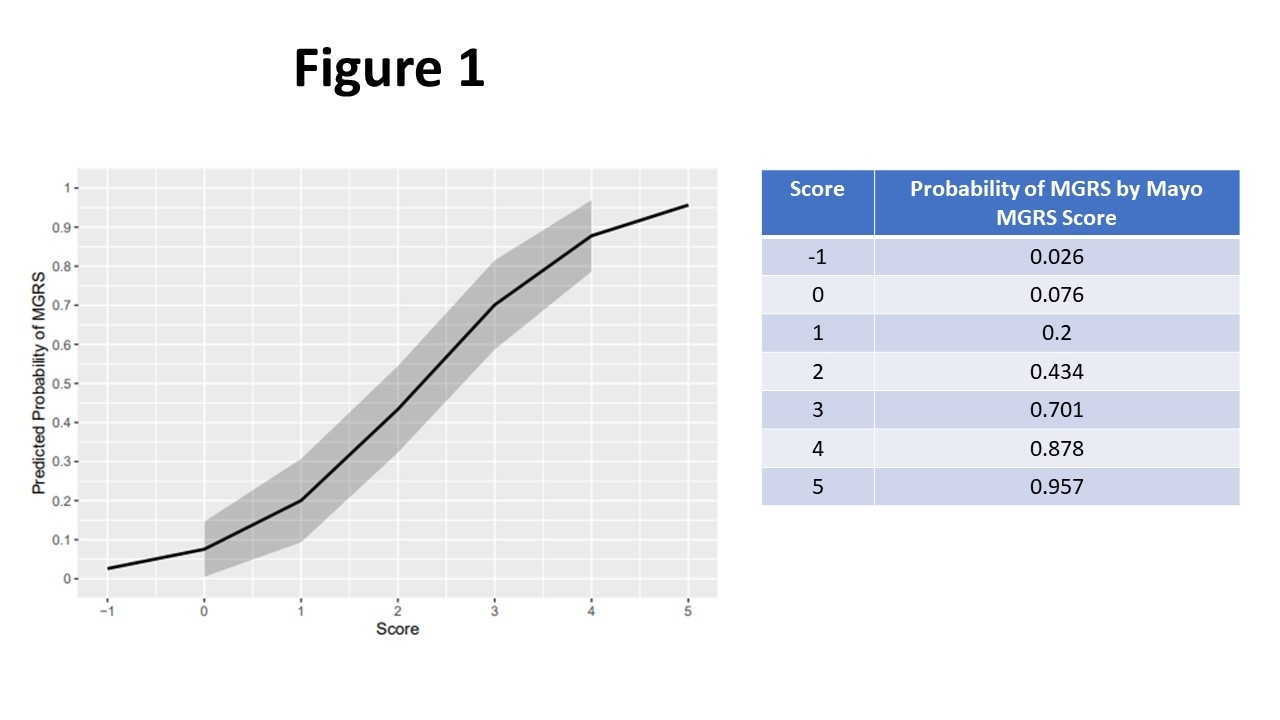