HIF-PH inhibitors, which have recently become clinically available for treating renal anemia, are attracting attention for their novel mechanisms of action. However, the cost of the starting dose of HIF-PH inhibitors is considerably higher than EPO, and it may limit the use of them. Since HIF-PH inhibitors potentially lead to the activation of numerous HIF-regulated genes,
we expected savings in drug use due to improvements in physical condition (i.e. cardiovascular protection) other than direct hematopoietic effects when used over the long term.

The starting amounts of Rox and Dap were approx. 4,100 and 3,000 JPY / week, respectively, while EPO was approx. 2,600 JPY / week. AS shown in Figure, while spending on EPO naturally remained unchanged, but the respective drug use of Rox and Dap slowly decreased and the costs became almost equivalent to the cost of EPO in one year.

We have shown that administering Rox and Dap, HIF-PH inhibitors, had led to a reduction in cost in long-term use. Given the cost sparing advantages HIF-PH inhibitors as has been reported, they appear to be an effective alternative to ESA in the long-term management of anemia in HD patients. 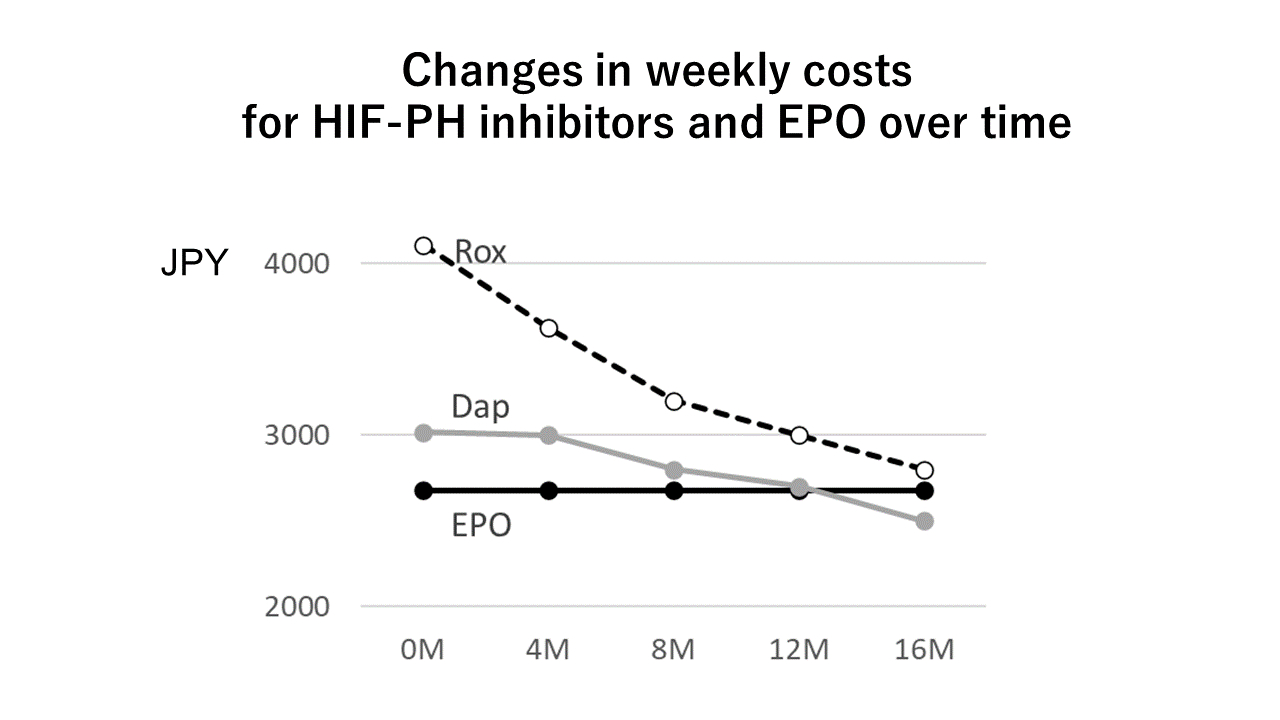